The Capricorn man doesn’t get mad; he gets cold. Unlike Air signs that blow out on you, Fire signs that explode in rage, or Water signs that rain down on you, Earth signs like the Capricorn will only ice you out if you cross them.

When the Capricorn man suddenly becomes distant, the best thing to do is let him be. Know that it is natural for him to need some time alone, and keeping your cool is your fail-safe response.

The Capricorn man is hard to predict; reacting to minor changes in his behavior will be doing more harm than good to your relationship. Being emotional and dramatic can annoy him and push him farther away.

So, finding out what mistakes to avoid with the ice king places you on an advantage, and all of that and more are found in Capricorn Man Secrets guide.

Why is your Capricorn man becoming aloof and ignoring you? What can you do to remedy the situation? 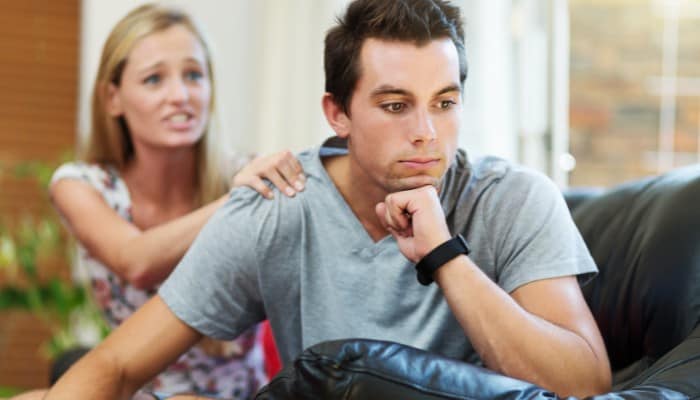 Keep reading to find out!

Capricorn is a cardinal Earth sign ruled by the planet Saturn. The Capricorn man is practical, responsible, and a strict follower of rules.

Having an unbendable sense of justice, the Capricorn man doesn’t easily forgive the people who’ve wronged him. Sometimes, he finds it hard to forgive even himself and can feel lingering guilt over his past sins.

The Capricorn is unemotional by nature and would get confused when dealing with intimacy, passion, and love. His default reactions are to act cold, distant, and uncaring, which often make him hurt and push people away.

You may also find this interesting:  Capricorn Rising: Great Lessons You Will Encounter

If the Capricorn man is lucky enough to find a person he can love and respect, he rarely knows how to show her how he feels. He shows his love not by expressing his emotions but by giving material things and being a loyal friend.

The Capricorn man will stay long in a relationship if he has enough space to follow his dreams, is not suffocated in expressing himself, and is genuinely trusted and loved. It will take long for him to commit to someone, but nothing can make him turn his back on his commitment once he’s made it.

The Capricorn man can be the most difficult person to understand. He requires a lot of patience and intuition to figure out.

If you find yourself frustrated and confused with the Capricorn man’s cold behavior, don’t fret. Below are some reasons for him to suddenly become distant.

The main reason for the Capricorn man to keep his distance from you can be that he is no longer interested in being with you. Talking directly to anyone about his feelings is not an easy task for him, so he would rather ignore you and wait for you to dismiss him.

If you’ve only been out with the Capricorn man on a few dates, he will suddenly pull away if he no longer wants to keep seeing you. Rest assured that if you’ve been together for a long time and are committed to each other, he will not act distant suddenly but will do the right thing and break up with you like a responsible adult.

You may also find this interesting:  Capricorn Compatibility in Love, Sex, And Relationship

The Capricorn man is tough on the outside but sensitive on the inside. If he feels genuine love and affection for someone, he will be vulnerable to getting hurt.

Being criticized, insulted, and put down will hurt the Capricorn man and make him withdraw from the relationship. He also holds grudges and feels bitterness if he is constantly being dismissed.

You are too clingy

The Capricorn man loves his alone time because it’s his only chance to process his thoughts and feelings. If you demand too much of his time, he will resent you and will want to stay away from you for long and perhaps for good.

A relationship is of lesser priority to him than his dreams and goals for the future. He needs a partner willing to support and give her time to help him achieve his plans, not take his time away from his top priorities.

The Capricorn man hates dishonesty and can’t tolerate fake people who act nice but are mean inside. If he doesn’t see any good intentions in you, he will not hesitate to drop you suddenly.

Trust is the foundation of a long-term connection with the Capricorn man, and being honest and open to him is the best way to earn his trust. He fears to be wrong in trusting people, and he will stay away from you the instant he sees a hint of fakeness.

He is not testing you

The Capricorn man will not act distant and aloof just to test you; his sense of justice will not allow him to test or play with your feelings. He does not believe in playing games and will not ignore you or distance himself from you just to see how you’ll react.

He may keep his true feelings from you, but only because he is not naturally expressive. He will not toy with anyone’s feelings because he knows it’s not the right thing to do.

He is focused on other things

It is highly probable that the Capricorn man is focused on other things and gets too busy to give his full time and attention to his partner. He will not appreciate it if his partner questions his loyalty instead of giving him support and cheering him on.

The Capricorn man is a notorious workaholic and takes pride in his dedication and determination to succeed in his chosen career. He can sometimes forget other things in his life, even his relationships if he has other things on his plate.

Do something about the Capricorn man’s distant behavior

If you find yourself being given the silent treatment by the Capricorn man, the first thing to do is calm down. Panic and anxiety never solved anything.

The next thing to do is to put yourself in his shoes. Observe and find out the current events in his life; he may have problems that do not concern you or worries about which he doesn’t want you to be stressed.

If you're struggling with this, getting inside his mind with a guide like Capricorn Man Secrets can make you understand and empathize with him better.

You may also find this interesting:  Capricorn Moon Sign: The Best and Worst Personality Traits

Take a play from the Capricorn man’s playbook and be chill about it. If he is committed to you and clear of his intentions, you have nothing to worry about.

Let him have his alone time, and he will come back recharged. It will also be good for you to spend your time with your own feelings and thoughts.

If you and the Capricorn man are newly dating and he distances himself suddenly, then accept it. Don’t chase after him or beg for his attention; he will only lose his respect for you.

You must stop texting or calling him if he ignores you; leave some respect for yourself. If he doesn’t think you deserve an explanation and proper closure, accept that he is not the man for you.

The Capricorn can be mean and insensitive with his words, and he is twice hurtful if he gets annoyed. Let him have his alone time because if you don’t, he will snap at you and unintentionally hurt you.

Let him know you care by dropping him a message once a week, not every day. Make him feel secure that he has a relationship to come back to once he’s figured his stuff out on his own.

The Capricorn man is self-reliant and can be too proud to ask for anyone’s help. Let him know that although you have all the confidence that he can do things independently, you are always ready to give him a hand when he needs it.

Know that although he appears aloof and cool, he feels the same as anybody. So he will love to have someone to turn to when he’s feeling overwhelmed or down.

Be honest with him

If the Capricorn distances himself from you after a fight or an argument, it must be his way of restarting himself. It’s best to let him take his time and have a talk when he’s ready for any unresolved issues between you. 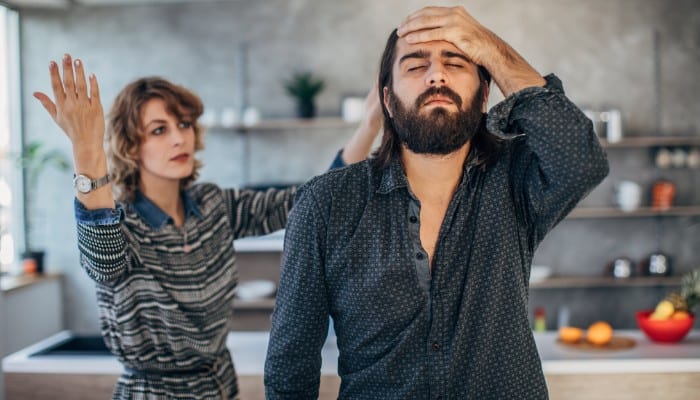 Hear him out, and if it turns out you that upset him, apologize and make amends for your actions. Explain yourself honestly and let him know how you feel.

Don’t let him get away with it

If you feel mistreated because your Capricorn man dropped you without due respect, let him know. Make him regret it. Go after his strict sense of right and wrong and let him know that what he’s doing is wrong and that he owes you an explanation for his behavior.

Let him go if he can’t give you any clear explanation or definite plans for your relationship. Don’t allow yourself to be used, don’t wait for him if he can’t be sure of his intentions.

Take some time for yourself

Wait for your Capricorn man only if you feel that he is true and that he is not keeping you on the hook while he sees other people. Take this time to better yourself and improve the other areas in your life that you put on the back burner because of your relationship.

This is your chance to focus on your interests, aspirations, and future goals. If your Capricorn man really cares for you, he will be attracted to your sense of purpose and will be back in your arms sooner than you think.

Is your Capricorn man done with you? I'm sure his distant behavior makes this thought linger in your mind.

Be at ease, Anna Kovach gives you all the answers to that (and more!) in her ultimate guide Capricorn Man Secrets.