When you think of a crown, you've probably imagined someone of royal blood, such as the King, queen, prince, or princess. It doesn't surprise monarchs have worn this traditional head ornament to represent honor and power. But aside from this, there are other spiritual symbols of crowns.

One obvious interpretation of the crown is dominance. This symbolism is apparent in coronation ceremonies where the kings and queens rule officially once the crown touches the top of their heads. Unfortunately, a crown does not have always have a positive connotation, and it could also symbolize pain and suffering.

Meanwhile, the crown has evolved throughout the years. People wear different types of crowns or headgears to denote the wearer's status.

The earliest and first version of crowns has been found in India, called diadems. The headdresses were then adopted and passed on to all subsequent rulers, and since then there were numerous types of crowns have been made to keep the royalty. 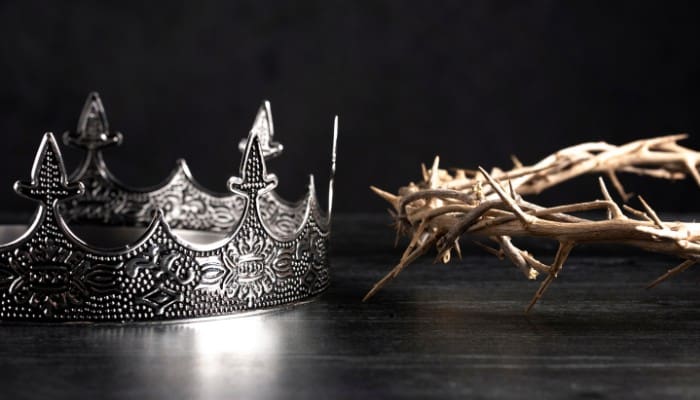 The Hedjet and Pschent were tall crowns worn by Egyptian pharaohs in ancient Egypt. The association between crowns and pharaohs stuck, making it a timeless symbol of power.

In history, one famous crown includes the radiant crown, otherwise known as the solar crown. Its popular version is the one that sits on top of the iconic Statue of Liberty.

The radiant crown featured seven rays that form a halo to symbolize the sun, the seven continents, and the seven seas.

The designs of crowns have also evolved over the years, being as diverse because cultures of different civilizations find value in them. Crowns with rare and precious metals with gold are prevalent in Western and Asian civilizations.

A notable example of this is the crown of Georgia's King George XII. His crown is pure gold and decorated with gems, such as emerald, diamond, ruby, and amethyst.

To learn the different symbolism of crowns, continue reading below.

What does a crown symbolize?

Crowns are mainly symbols of royalty. Like the meaning of a castle, a crown symbolize the wearer's authority; however, crown symbolisms have a deeper meaning too.

For one, crowns represent legitimacy. When a new king and queen emerges, they are given legitimacy by having the crown ceremoniously placed on their heads.

You may also find this interesting:  Hat Dream Meaning: Not Only An Accessory

Nowadays, few coronations are still happening, although the most famous one has continued for many years. During the middle ages, there were many battles for control over Europe.

If someone invades the country and wins, they show their control over the new lands by having the loser's crown placed on their head.

The new coronation over the new land signifies the end of a war, a new leader, and the ultimate power of the power over their enemy. To put it simply, it's a sign of victory.

You may also find this interesting:  War Dream Meaning: Terrifying And Horrifying!

Moreover, placing the enemy's crown on your head signifies glory.

Usually, kings and queens will pair up with the Pope or other high priests to give them legitimacy. Without religious authority, the royalty often lacks the consent of the people they need; therefore, many kings and queens position themselves as anointed by God.

Some believed their reign was their divine right, other Catholic Kings would be coronated by the Pope, and lastly, the King and Queen of England are also leaders of the Anglican Church.

Since crowns are made from precious gems, like sapphire, ruby, emerald, and diamonds, these famous gems symbolize the dynasty of the British royals. The fact that they have jewels signifies the monarch's ability to amass a fantastic history as the legitimate rulers of Britain.

They are legitimate heirs of a century-old dynasty, where they proudly display and embed these precious items in their crowns.

Nevertheless, simply wearing the crown signifies the sign of the dynasty of the rulers. When you put the crown on your head, it shows that you're the rightful heir to one of the greatest dynasties on earth.

On the other hand, crowns also denote wealth. Crowns are often adorned with the most precious and rarest gems, and it symbolizes the monarch's wealth. 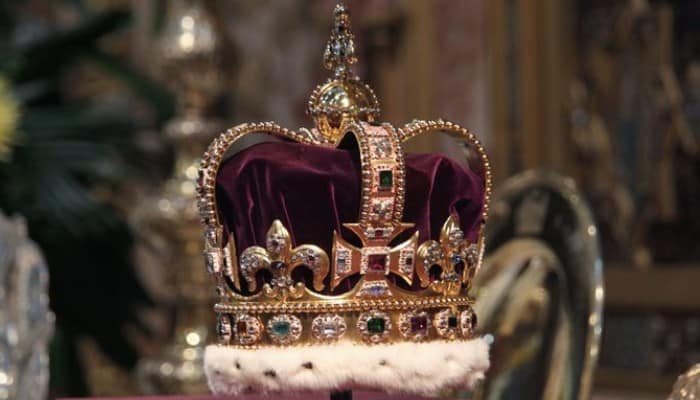 They demonstrate through the crown that they have control over all the land resources and have lots of money. That's why they are respected.

For instance, the British crown, the Imperial State Crown, has over 3,000 different gemstones in it. It includes diamonds, pearls, sapphires, emeralds, rubies, and some famous gems.

All other symbolisms listed can all come down to this specific key point-the crown symbolizes power. The wearer of the crown had the power to control everyone else.

Many years ago, the King and queen had ultimate power. They were the dictators.

But nowadays, the crown tends to hold so much power. In the world today, we don't accept that one person who holds so much power.

The western world usually confers legitimacy on people through democratic elections, so you have no power if you haven't been elected. However, you don't have to get an electoral tally back in the day.

Crowns have always been a sign of royalty, and they are symbols that these people who wear crowns are the alpha of the community. They are the ruler of a territory.

Crows were worn by Roman Emperors, Pharaohs, Native American tribes, and Mayan tribes. Therefore, crows have been a symbol of royalty worldwide from the earliest days.

A crown does not have always mean positive and power. Some people associate the crown as a symbol of suffering since Jesus wore a crown of thorns during his crucifixion.

It is the way of the captors to mock Jesus, as his claim that he was the King of the Jews.

Lastly, a crown has also become a symbol of glory and achievement. You often hear the idioms, such as crowning glory, that refer to someone's accomplishment in the English language.

Furthermore, in the bible, the crown is worn by people who are glorious and righteous.

You may also be interested in reading my article about the Spiritual Meaning of Bronze.

Meanwhile, the crown as a head adornment also has a different meaning. Have you heard of whorls? Or the hair that grows from a certain point in your scalp then arranged in a circular motion?

Typically, people have one whorl, but when you have two whorls at the crown of your head, it's now called a double crown. Is there a spiritual meaning behind it?

Having a double crown has been associated with certain health conditions to being intelligent. Many people believe that a double crown on your head means that you're exceptionally talented.

And having a double crown running in your family signifies that they are excellent people. However, many of these associations are just myths.

But these characteristics both occur in women and men.

Many cultures hold symbolism for a double crown. For example, a double crown symbolizes two marriages in life in Korean cultures.

A traditional wedding usually happens in the bride‘s house. The groom will arrive on a horse and wait for his soon-to-be wife to enter the venue sitting in a palanquin carried by bearers.

A palanquin is called gama, which sounds the same as hair whorl.

Most people have a single hair whorl, but some people will have two. Older people who love joking around will use to pick on kids with two hair whorls or double crowns.

They tell them that they will be destined to ride in a palanquin more than once.

In Chinese culture, a baby born with more than one hair crown will be naughty and disobedient.

Meanwhile, some Taoist priest believes that when a child has more than one hair crown, two or more souls, depending on the number of the crown, had entered into the person's body when he was conceived. It means that the child is a reincarnation of more than just one soul, but it doesn't mean he has more than one soul.

It means that for some reason, two or more souls have merged into one consciousness and inhabited one body to become the person he is now. It also means that his behavior and character are hard to predict and might be hard to manage the person.

However, it doesn't necessarily mean that the child is naughty and disobedient.

Some myths about having a double crown are related to balding. In the case of male pattern baldness, the hair thins out around your temples and the crown of your head.

When you experience hair loss at the crown, your hair may form a double hair whorl look. Another myth surrounding the double crown signifies that you'll be on the autism spectrum.

However, simply having multiple hair whorls doesn't indicate a person is autistic. Many people have double crowns on their heads who are autistic, just like many left-handed people are not autistic.