Dragons are legendary mythical creatures we often read about in books and see in movies. In some cultures, dragons are a symbol of prosperity. They are revered in many cultures since these creatures are believed to be celestial beings or gods.

A dragon represents characters and emotions such as anger, bravery, courage, and fierceness. It can also signify destruction, major life problems, and health issues. There are different interpretations of dreams involving dragons.

To dream of a dragon could be a representation of a paralyzing terror that is haunting you. It may likewise reflect dangerous and violent behaviors. Dragons are also a known symbol of tyranny. It may represent an ill-tempered person causing chaos and stress in your life.

Dragon in dreams can indicate being in control of a certain situation in life. It can also be a manifestation of massive personal empowerment. For business and career people, seeing a dragon in their dream is great news. It can indicate wealth, good fortune, and career advancement.

Dragons are fierce and feisty creatures that represent security and refuge. They are powerful beasts who are believed to protect their treasures and their kingdoms. Dragons are believed to be incredible guardians, and they make great defenders.

When dragons appear in dreams, it could indicate problems and challenges on the home front. It could also symbolize your strength and ability to face hurdles that come your way. Dragons in dreams could reflect your dedication and tenacity to reach your goals and achieve your dreams.

Dreams about dragons are very intriguing since dragons rarely made an appearance in dreams. Such dreams are often followed by a feeling of fear, worry, excitement, and security.

Here are some common dreams about dragons and their interpretations:


When you dream of a dragon spitting fire

When you see a dragon spitting fire in a dream, it could mean a fight or a heated argument with someone you love. Such disagreement will lead to greater problems that will compromise your relationship with them. Bitter exchanges will happen. Insults and threats and negative words will be spoken.

You will find yourself heartbroken, disappointed, and very hurt. This event will exhaust you emotionally, and you may find yourself in grief.

A dragon spitting fire in a dream could mean an exchange of strong accusations, just like dreaming of an alligator. Secrets will be revealed, and you will be caught off guard by the revelations. It also foretells that you will find yourself a subject of malicious gossip.

When you dream of being a dragon

The dream could also mean many hardships coming your way. It could also be a reflection of you facing challenges and coming out as a winner. You will emerge victoriously and will reach your goals. You may have enemies planning against you.

Being a dragon in a dream could mean that people are gossiping about you. This could be in your neighborhood or workplace. People see you as a threat.

Fighting or defeating a dragon

When you dream of fighting and defeating a dragon, this could signify you will overcome major problems in life. It also indicates your courage and bravery. Fighting a dragon symbolizes struggles, and eventually, you come out successful and triumphant.

Defeating a dragon in a dream could be your guardian angels telling you to stay positive. Be optimistic and, don’t give up. You may face difficulties, but you will be able to conquer them. You will soon see yourself in a better situation, so take heart.

Being attacked by a dragon in a dream

When you dream of being attacked by a dragon, this could be a warning that you have powerful enemies, and they are waiting for the right opportunity to attack you. Be watchful and be on guard. Watch your back. That is what your spirit guides are telling you.

Dragons attacking you in a dream could also mean a time of distress. You are facing an enormous problem, and you feel helpless. This could be your subconscious, indicating that you should plead for help. It could also mean that you need others to overcome the problems in your life.

To run away from a dragon

Dreaming of running away from a dragon means that there is something that you want to run away from, such as problems and responsibilities. It could be an indication of some difficult situations that you don’t want to face. You want to sweep it under the rug and not deal with it.

It could also be a reflection of avoidant behavior. You or your love interest may be non-committal. Running away from a dragon could signify someone indecisive. It could be you or a person who comes in and out of your life.

You may be assigned a task, or you have an obligation to fulfill, and you are refusing to do it. Such behavior will cause you problems in the future. No matter how you ran away from them, the universe will find a way to make you deal with them since these responsibilities are part of your journey.

Dreaming of other people running away from a dragon

When you dream of other people running away from a dragon, it could mean an awkward situation. You and your colleague might get into an intense disagreement. You have to control your temper. Think twice before saying something amid the argument. This may be something that you will regret later.

This could also signify someone you know, running away from their responsibilities. People running away from a dragon in a dream could indicate that you will witness an event where someone will try to avoid fulfilling their obligations.

You may also find this interesting:  Shark Dreams and its Meaning: A Warning Of What?

Dreaming of a dragon trying to eat you

A dragon trying to eat you in a dream symbolizes loneliness. Your subconscious is telling you that you lack fun and excitement in your life. Do not let your negative emotions make the better of you.

To talk to a dragon in a dream

When you dream of talking to a dragon, it could signify some hidden emotions. You may not be very open to others or someone about your real feelings. It could be that you are in love with someone and you don’t want to admit it.

It could be that you are friends with this person, and you don’t want your emotions to get in the way of your friendship. This could also signify a complicated situation where the person you are in love with is already in a committed relationship.

To kiss a dragon in a dream

Kissing a dragon in a dream means that you are feeling undervalued and unappreciated in a relationship. It is a negative emotion that has you feeling down. You feel like the person you’re in love with isn’t giving you enough attention.

Any intimate relationship with a dragon in a dream symbolizes a one-sided relationship. Bad love can be fatal. You need to learn when to let go. Sometimes holding on to this kind of love can hurt more than letting go.

To kill a dragon in a dream

If you dream of killing or slaying a dragon, it could indicate that better times are coming for you. You may be faced with too many problems, but these are all coming to an end. A new and better beginning is going to unfold soon.

Scattering the dragon's blood in your dream could also be a manifestation of you taking control of your life. You are learning to set your priorities straight. You won’t let yourself get pressured by people’s expectations. You will be in control and not let people dictate your life choices. Killing a dragon is you overcoming a major obstacle.

Dreaming of riding a dragon 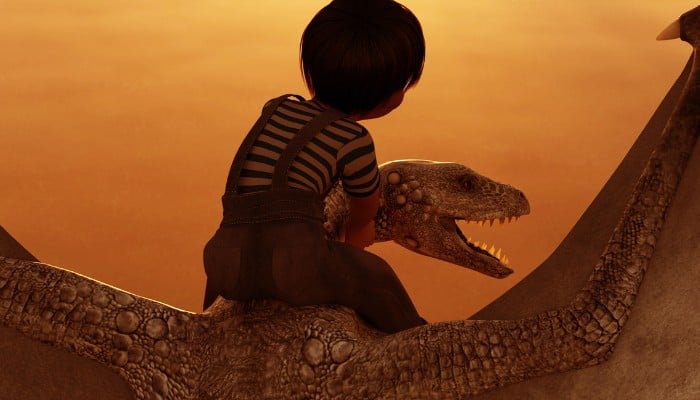 To dream of riding a dragon is a manifestation of yourself trying to take control and reign of your temper and negative emotions. It could also mean you are the master of your life. Riding a dragon in a dream can symbolize wealth, fortune, and good health.

When you see yourself riding a dragon, it means you are a very bold person. You are not scared to make decisions and try new ventures in life. It also signifies that you know what you want in life and that you are a go-getter. You are not afraid to take risks and make mistakes.


Black Dragon – A black dragon in a dream symbolizes your greatest fear. It could represent something you dread the most. Something that really scares you. Black dragons always appear as nightmares. They also signify negative emotions.

Green or Light green dragon – A green or a light green dragon in a dream could mean healing. This could be healing from traumatic experiences from your past. It could also foretell the challenges that you need to face and overcome.

Blue dragons – To dream of a blue dragon, could mean someone in your life or it could be a representation of your fear of making decisions in life. You may have a situation where you need to make a decision, and you are terrified and unsure of what to do.

Red Dragon – A red dragon in a dream is a representation of passion. This could be your inner desires in life. A red dragon for some cultures and religions is a symbol of evil and bad energy. It is also a symbol of a catastrophe and a disaster that is about to come.

Dragons are mystical creatures that hold many interpretations of the person who dreamt about them.

Dreaming about dragons has a positive meaning and representation. Because of the characteristic a dragon possesses, they invoke feelings of security, control, and courage in the person who dreamt of them. Moreover, if you dreamt about dragons, it means that you are given the warning to watch out for your actions and words that may affect other people.


You must take note of the things that happened precisely in your dreams to fully understand their meaning. Remember that you are guided that’s why a dragon manifests itself in your dreams. Trust that you can pass through all setbacks of life.