Evolved Aries Man: Will He Mature? - Spiritual-Galaxy.com
Skip to content

How to know if an Aries man is mature enough to be your partner? Would it take years for him to mature?

An evolved man already knows that butting heads and bashing down walls has its time and place. An Aries man takes a while to mature and settle down, but when he does, he will have a passionate strength of mind and purpose, swift decision-making, clear thinking, and direct action as he matures.

An Aries man is exciting, dynamic, and has a rough time. Keeping an Aries man's interest in you is difficult because you need to keep his attention on you.

The energy of the Aries man is enough for you to get tired after a few hours. An Aries man has a bold and memorable personality.

An Aries man might confuse you sometimes. For example, an Aries man can be generous one moment and become selfish the next.

An Aries man enjoys giving money to a stranger in need. An Aries man has a sweet and childlike heart.

An Aries man throws tantrums every time he does not get his way. An Aries man even becomes thoughtless.

An Aries man does not care about the people he does not like. It is one of the influential personalities of an Aries man.

An Aries man has such a young and fresh perspective on life that marriage and children do not seem appealing to him until his later years. But, when an Aries man finds a girl he loves, he will go into it head first and with no worries.

An Aries man does not have a hard time letting things go and starting fresh. When he finds the right woman that he wants to share the rest of his life with, he will be a very faithful partner.

An Aries man expects the very same from you. Flirtation with another man is in no way, shape, or form acceptable of an Aries man.

An Aries man may have had many casual flings in his life. But if you are an Aries man's partner, he will not accept anything simple from you.

Let an Aries man lead the relationship. But once he has made you his partner, do not try to play hard to get, or he will look for attention elsewhere.

An Aries man loves romance as much as any woman does. An Aries man wants a happily ever after ending, just like in the fairy tales.

An Aries man will always have a childlike soul. Romance and fairytale love must always be a portion of your relationship. 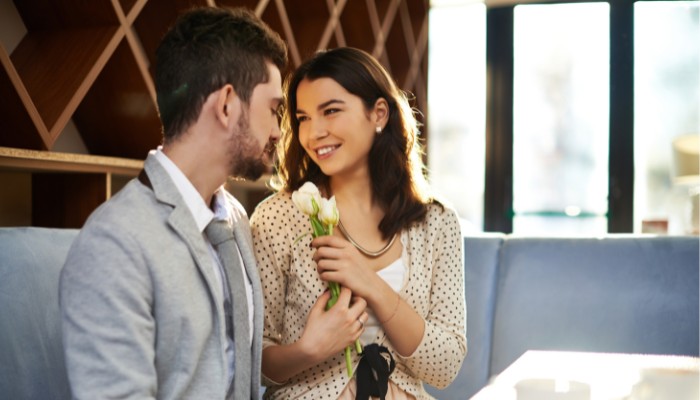 If it fades, an Aries man will become very depressed. Of course, he wants one true lasting love, but if you become someone that depresses him, he will undoubtedly move on.

An Aries man wants a true woman by his side whom he can be proud to be with. That has a joyful outlook on life and is upbeat.

An Aries man has a fiery and bold spirit that should never become small and weak because you are depressing him by trying to lower his emotion and flame. He will always be a man's man.

Do not push an Aries man around. But be resilient enough to resist letting him manipulate you.

Encourage an Aries man's independence while delaying his compulsiveness. With this arrogant man, balance is everything.

You may also find this interesting:  Aries Compatibility in Love, Sex & Relationship: Who's Compatible?

One thing that may drive you a little nut is an Aries man's constant need always to be correct. So you should start getting ready for the end of the world if this man apologizes for something.

An Aries man's trait can be annoying. But you have to remember that an Aries man has a child's heart.

Taking a break from an Aries man is not always terrible because, like any fire, it needs air to breathe. But, once you come back into each other's arms, the passion will be as hot as when you first met.

An Aries man wants to be the only one in your eyes, and he is jealous. What is a little annoying is that he can sometimes be quite a flirt without even knowing it.

You will just need to pay attention to this one thing. Because he genuinely has no intention of meaning anything by it.

An Aries man has an ego for days and is a natural-born leader. An Aries ma loves being the leader always.

If you give an Aries man this undying support, he will spoil you with love and material items that make you feel like a real-life princess. He will admire you and compliment you as though you are the only lady on earth.

An Aries man's temper may flare up from time to time. But he will come home later that day with an enormous bouquet of roses you have never seen.

An Aries man will continuously look for new ways to make money. He is very generous with giving his money away and spoiling you and the ones they love.

As they mature, he will be bossy with them, especially about their future. If you end up with an Aries man forever, boring is not a word.

An Aries man will treat you like a true princess from the fairytales you read as a child. As a result, you will have a strong and bold partner for life.

You may also find this interesting:  7 Easy Steps To Make An Aries Man Chase You Again 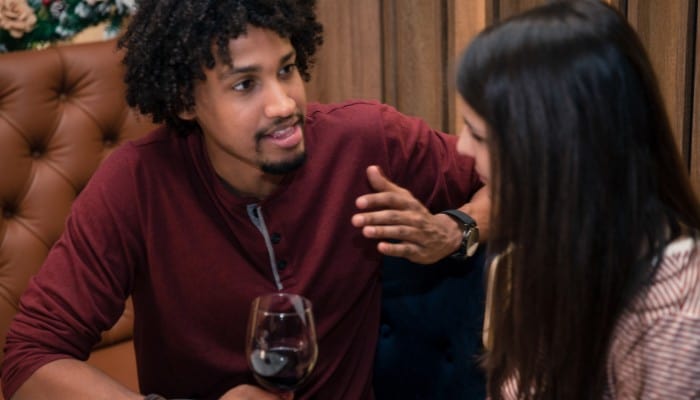 An evolved Aries man has leadership ability, force, and innovation. His capacity for new and contemporary thought aids his quest for development.

No matter what is going on in his life, an evolved Aries man is optimistic. He can forgive others for their annoyances and wounds.

An evolved Aries man is very passionate about romance. It would not be easy to find a more passionate man.

It would be challenging to find a more tender man. Yet, through all of these relationships, he will develop patience, responsibility, commitment, and the ability to find the right partner.

However, if an evolved Aries man exercised greater control over his enthusiasm, passion, and ego, he would be happier and less tormented. In addition, an Aries man would be physically fit, with a muscular build.

An evolved Aries man knows life is a struggle and does not anticipate easy victories. Nevertheless, he put in the time at work and the gym and never gave up an opportunity to network and further their career.

An evolved Aries man put a lot of effort into creating a solid home that showcases his own success. He enjoys being the family's primary income source and assumes that everyone else in the house will follow them in their position of authority.

An evolved Aries man excels in leadership positions because he loves having responsibility and does not become easily overwhelmed. However, despite his diligence, he prefers the highs of accomplishment and is less attentive to the little things.

An evolved Aries man is focusing on the broad picture. He is adept at saving and investing.

If it comes to love, an evolved Aries man is straightforward. He does not play games with his partner.

The desire to discover new things in life drives an evolved Aries man. He is action-oriented with exceptional leadership skills.

An evolved Aries man is also quite wise intuitively. He is not what the outside world perceives them to be.

A mature Aries man is a self-reliant thinker and doer. He dislikes someone bossing him around and prefers to take the initiative in all personal and professional situations.

An evolved Aries man will have strong emotional ties to his loved ones, including his spouse, partner, and friends. He will be both loving and realistic at the same time.

An evolved Aries man will be a very responsible son. As he ages, he will know his responsibilities and home command.

An evolved Aries man will typically be the dominant brother. He wants to be in charge and boss his siblings around.

An evolved Aries man will be thoughtful. But he will also be watchful and commanding as an older brother should.

An evolved Aries man makes excellent fathers. They tend to be family-oriented.