Foxes are omnivores creatures, meaning they can eat meat and vegetables. Jackals, wolves, and dogs are all members of the Canidae family. Foxes are sometimes mistaken for wolves and dogs. Long, thin legs, a lithe frame, a pointed nose, and a bushy tail differentiates them from other relatives.

Their lifestyles are flexible, and they are quite sociable. They are present on every continent. They have a varied diet as well. You can find a fox in the forest, mountains, open meadows, and deserts. To survive, they dig a burrow in the ground to construct a home. Burrows are referred to as dens. It provides them a secure site to live, provides storage for food, and provides an opportunity to rest and sleep.

Burrows are tunnels dug out by foxes to serve as a dwelling for the whole family. There are many escape tunnels in the burrows, so the fox can escape if a predator arrives. Male foxes are often referred to as dogs, tods, or reynards, while females are called vixens. Foxes are nocturnal, so they prefer to hunt at night and sleep during the day. However, this can be altered depending on where the pack lives. A fox pack may hunt in daylight if they reside in a safe environment.

Foxes can run up to 45 mph or 72 kph—one of the world’s fastest animals.

Two images might be connected with the fox, as both a trickster and a guiding spirit animal. If you apply the fox spirit teachings, you can exercise mental flexibility and adaptability. This powerful spirit animal will help you when you find yourself in complicated conditions. 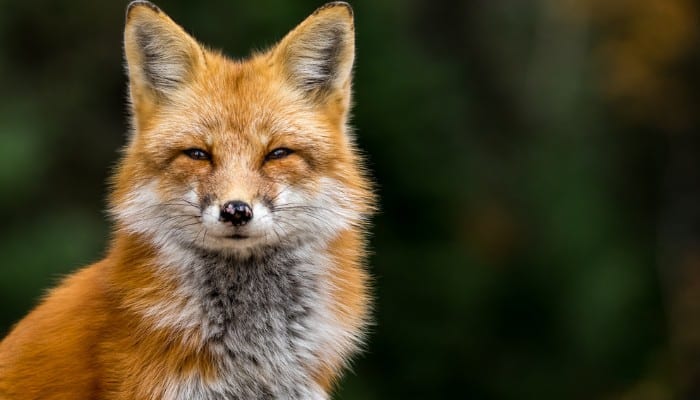 People and situations in your life may be luring you down a road that is not always in your best interest. When it comes to making decisions, a fox spirit animal may ask you to be more selective. It might be in business partnerships, as well as friendships, or when you are choosing personal preferences.

Look for any aspect of your life where you are cunningly manipulated into doing something you would never do in your right mind. Recognize and make use of discernment while making decisions. There are many situations when someone will let you know about a tough circumstance or someone devious in your life. If you become tempted, the fox spirit will help you discern the right road not to take the wrong one.

Similar to the wolf spirit animal, a fox is also a spiritual advisor that helps people overcome their problems instead of battling them. The fox spirit animal will come out at times of enormous and unexpected change in your life. When the fox spirit detects your heightened alertness, it commands you to increase your sensory awareness, get the necessary information, and make a quick choice. He urges you to challenge yourself and be adaptable as life evolves.

You become more dedicated to your family and friends with the fox spirit in your life. Also, you are too loyal. Like the fox, you are clever and smart. You can readily see through falsehoods and disappointments, and even inside an unfamiliar situation, you can find your way around. People like being in your presence. The good thing about people who have high amounts of energy is that it is contagious. You are not comfortable in group gatherings, yet you are generally kind and outgoing.

The fox spirit animal is a natural extrovert, enabling you to enjoy being the center of attention. You have a remarkable ability to listen. You can sympathize with others’ hardships. You are like the fox, and you are skilled at solving problems when no best solutions appear. You can use the resources that are in your grasp to give your community the help they need.

You may also find this interesting:  Aries Spirit Animal

The fox is related to the afterlife in Chinese culture. Fox encounters are considered in folklore as a sign, often in the realm of the dead or the spirit world. In addition, they also have legends in which the fox transforms (shapeshifter) into many other animals, people, and plants.

And this is the starting point of the 9-tailed fox mythology. The 9-tailed fox as a spirit animal is translated as “hu li jing.” The character has always been described as a white fox that impersonates a lovely woman and entices powerful and wealthy people in various legends.

Fox animal symbolism in the Celtic world starts to change, as the Celts respected the fox as a guide and believed it to be a source of knowledge. They trust the fox’s expertise in the woods because they believed the fox would lead them into the spirit realm.

similar to the squirrel spirit animal, fox spirit animals are often regarded as having wisdom and kindness in Native American mythology. Some consider fire and the sun to be their sources of creative power. Fox spirit helps those people and animals in need. However, the fox spirit is regarded as a bad omen because he is a greedy and malicious robber.

Foxes are often seen in several tribal groups as clan animals. In certain tribes, fox skins are worn for ceremonial or spiritual reasons and are used in dances and rituals. Northern California tribes considered the silver fox to be a creator deity known for imparting wisdom and goodness.

Foxes have been mentioned in the Bible, too. It is described as a threat or danger. In the Bible, the fox symbolizes that there are people around Jesus that should not trust. “Go and tell that fox for me . . .” was what Jesus did after the Pharisees had warned Him to leave town because of Herod.

Jesus does not label him “the fox” to suggest that he is as sly as a fox. Jesus is insulting him by calling him a fox because, under Israel’s holiness standards, a fox is considered an unclean animal. Read Luke 13:31-35 for additional information on the story.

It could also be a sign that you should use discretion in particular circumstances and not let others know your feelings. There could be a reason why you need to keep something to yourself.

If you are about to conquer any negativities or bad traits you have, then it is likely you are making great progress in your life. It can be that you will finally get away from a person or situation that has been giving you trouble or discover a solution to an issue that has been vexing you for some time.

You may also find this interesting:  Virgo Spirit Animal

Call your Spirit Animal when:

Fox spirit animal is often portrayed as the bearer of good news. It is important to respect them. A fox spirit animal means you have to utilize your sharpness of intellect and intelligence to deal with life’s challenges. When we encounter a fox spirit animal, we can be witnessing our beloved ones sending us a message and telling us that we are not alone in the world.