6 Ways a Taurus Man Feel & React after a Break Up - Spiritual-Galaxy.com
Skip to content

So, you have fallen in love with the Bull of the zodiac but end up breaking up with him? Breakups are challenging for any signs, but you can hardly see this to a Taurus man. He will try to hide his genuine emotions and mask them with fun activities and even online dating.

He hates to show emotions to anyone and will try as much as possible to show that he is all okay, even though he’s not. Nonetheless, it’s hard for him to move on. He will likely think of reconciling but will never do it.

He’s the type that will never allow his emotions to rule over him as he hates to get seen as the weak one. His pride couldn’t take that and would instead prefer to be the bad one. After a breakup, you can find a Taurus having great times with his friends as if nothing happened.

Nonetheless, deep down inside, he’s hurting and couldn’t help but think of you.

So, is there a chance to get back with a Taurus man after a breakup? Well, this mainly depends on the reason for your break up. If he broke up with you out of distrust, getting back with him can be difficult.

To dive more into how a Taurus man feels and reacts after a breakup, kindly proceed below.

How Does a Dumped Taurus React After a Breakup?

If the Taurus man is the one who got dumped, he will be at first, confused and surprised. But, as time goes by, his anger will show up and he will likely not talk to you anymore. Know that a Taurus got a colossal ego and once it’s touched, it’s all over.

Nonetheless, if he’s the one who broke up with you, he’ll have a different reaction. He will take you out and dine out to the best possible restaurant he can afford before dropping the bomb. If a Taurus man breaks up with you, know that he’s been contemplating it for a long time already.

He’s not the type that will decide in a day or two to break up with you. It may take him several weeks or months before calling it quits. 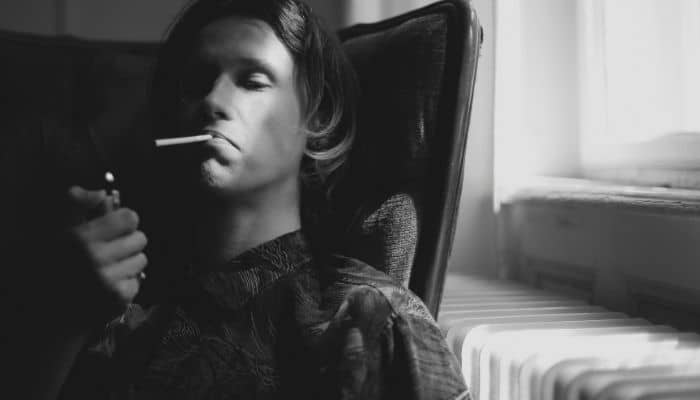 How Does a Taurus Man Feel After the Breakup?

So, how does a Taurus man feel after the breakup with you? Well, if you’re the one who broke up with him, there will be many things that will play on his mind. He will get confused, hurt, rejected, and shattered.

A Taurus man in love includes the woman he loves in all his plans. He will work towards the future with you in his mind—plans to settle down, build an empire, and have a family together. This is why it’s a big blow for him if the woman he dearly loves breaks up with him.

When he already has a woman, he thinks that he will forever spend his whole life with that woman. Thus, when a woman breaks up with him, it will be like that his whole world is crashing before his eyes. It’s like he lost everything he worked for and invested in.

At first, he will get so confused and may go after you, forgetting his pride for a moment. Nonetheless, when everything sinks in, his anger will be evident. He may not talk to you anymore even if he crosses paths with you in the street.

You may also find this interesting:  11 Ways to Get a Taurus Man To Chase You: Keep This In Mind!

It will be like that you two didn’t share anything at all. However, if he’s the one who initiates the breakup with you, he will react differently. He might get friendly with you if you two crossed paths and even invite you for a coffee for old time’s sake.

It might be unfair, but that’s how a Taurean feels and reacts after a breakup. He has a massive ego that he protects and it’s evident how he reacts if he’s the one who’s dumped by the woman he loves.

How Does a Taurus Man React After the Breakup? (6 Ways He Reacts)

#1 He will try to date again

Yes, he’s hurt and in pain due to your breakup. Nonetheless, a Taurus man will not let himself wallow in self-pity and feel less about himself. Some days after the breakup, when everything sinks in, he will try to go out and date with other women again.

As you may already know, his ego is too big to let other people see him crying on a corner. He will do everything in his power to pull himself together, like the Bull that he is. He wants you to see that he is okay even though you left him.

But, deep down inside, he’s still hurting but chooses to fight on and mask pain with a smile. That’s the typical Taurus man, right there!

#2 Checking on you through social media

Social media is really a big thing in this era. You can see the lives of other people without them knowing unless you touched those emojis. When everything is over between you and your Taurus guy, he will likely check your updates each day.

Once in a relationship, he takes everything seriously. He will not be in it for fun or the experience. He’s there because he has feelings and he could see the potential for a lasting relationship.

He will invest his time, efforts, feelings, and resources in the relationship. Once everything is over, he will lose his motivation to live his life but won’t show it to anyone.

When it comes to moving on, it will take him time to get over someone completely. He may check your photos in your social media accounts to see who you’re hanging and if there’s someone new.

#3 Tries to get back to you

A Taurus may get angry after you broke up with him. Nonetheless, after evaluating how he feels and what he wants, he may still come back to you. He may ask for some time alone with you on a coffee or a brunch to talk things out.

Once he sees that he still has a chance with you, he will be persistent and pursue you again. However, if you make it clear to him that it’s all over and nothing’s going to change, he will stop. He will stop wasting his energy and accept things as it is and tries to move on in his own way.

You may also find this interesting:  10 Red Flags That Tell a Taurus Man Is Done With You

#4 He will dive into his exercise routine

One outlet that a Taurean man releases his pain and anger is through his exercise routine. It could be running, climbing mountains, boxing, or any form of martial arts. It’s a good way for him to release his pent-up frustrations, anger, and disappointment.

Fresh from the breakup, a Taurus will give time to feel the sorrow of losing someone he loves through a breakup. He will wallow in sorrow at first and release his emotions. It may take him some time to get over the breakup completely.

#6 Tries to remain friends with you

When there’s really no chance for reconciliation, your ex might ask you to remain friends. Taurus has a good record of being friends with their exes that may cause concern for his current lover. Nonetheless, if you don’t want any drama, forego being friends with your Taurus ex.

Although there is nothing wrong with being friends with your ex, try to be considerate. Try to put your shoes in the current girlfriend of your ex.

What do you think you will feel?

Your Taurean ex might have used that girl for a rebound, especially if he’s not over you. Can Taurus really do such a thing? Yes, he can if he’s madly in love with you.

So, it’s best to leave all the connections behind unless it’s okay for all the parties concerned to be friends.