How to get a Scorpio man to chase you: And keep chasing you? - Spiritual-Galaxy.com
Skip to content

Are you dating someone special and interested in knowing him a little better?

Are you falling for someone and want him to fall for you too?

Do you wish you and your man didn't break up and want him back?

If you answered ‘Yes' to any one of the above, and your man is a Scorpio, then you’ve come to the right place.

Here is where I help you make heads and tails of one of the most complex beings you will ever meet. And here is where you learn how to make the Scorpio man pursue you and make you the center of his universe. 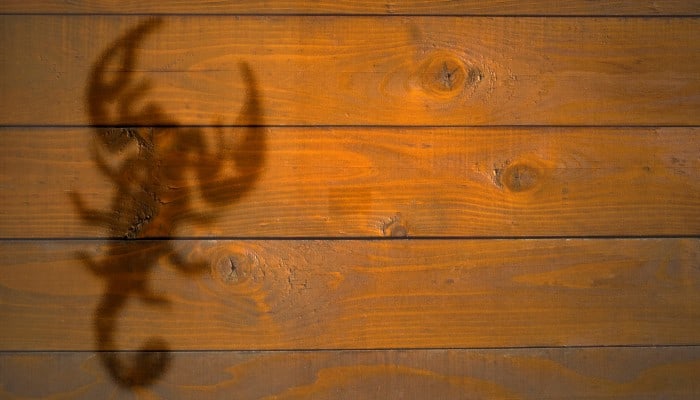 But first, we must ask, what's up with the Scorpio man?

In trying to understand the Scorpio man, you need to know about the duality in his spirit and psyche. Two planets rule Scorpios: Mars, which gives them their passionate and aggressive energy, and Pluto, from which comes their destructive and mysterious personality.

The astrological sign Scorpio is named after the scorpion for a reason. This ancient animal embodies the perfect combination of the aggressive and the mysterious.

The Scorpio man is just that. He appears to be calm and relaxed but can sting you without a moment's notice.

You may also find this interesting:  Scorpio Spirit Animal: You Are A Slytherin!

The Scorpio man, the good and the bad

Scorpio is a Fixed sign, so expect your man to be passionate and persistent. He would go to any lengths once he has his eye on the price; in this case, you want to be that price.

The bad news is that this persistent nature can lead to obsession and self-destruction. He can hurt himself and the people around him in the relentless pursuit of his goals.

Scorpio is also a Water sign, meaning your man is sensitive and emotional. He may not look like it, nor will he ever own up to it, but his most profound need is to love and be loved in return.

This emotional nature makes the Scorpio man sensitive and prone to outbursts he can't always control. The emotions he hides under his cool and calm demeanor are like a ticking time bomb that can explode to hurt him and even the people he loves.

You may also find this interesting:  When a Scorpio man ignores me, what do I do?: This Might Help!

The most common misconception about astrology is that signs are the absolute markers for compatibility. Just now, an Aries woman told me how unfortunate it was that a man she’s dating is a Taurus.

Well, so what? Astrology gives you the knowledge to guide your actions; it is not a set of limitations, nor is it a set of rules that you need to follow.

Work with this knowledge to achieve your goal of having a harmonious and lasting relationship with your Scorpio man. And you can do this by understanding his true personality, whether your sign is compatible with him or not.

Nothing is impossible to the person with the knowledge and the will to put that knowledge to good use!

How can you make the Scorpio man chase you – and keep chasing you?

You can’t tame the predator by being just another prey. Predators will lose interest as soon as the prey is caught.

You want your Scorpio man to chase you for the right reasons. You want him to chase you, not for superficial reasons like sleeping with you, but to be with you forever.

You want to connect with him on a deep, personal and spiritual level. Here are the most effective ways to do that:

Don’t go all in; always leave him wanting for more. Whether you’re new in the relationship or have been together for a long time, you must keep up the mystery.

If you’ve only just met, don't let him know everything about you right off the bat. If you think he already knows you like the back of his hand, then work on continuously improving yourself, without his full knowledge, of course!

A woman who projects an ‘I-know-something-you-don't-know' aura in her is just irresistible to the Scorpio man. He will not leave you alone, I promise you.

Don’t give him your full attention

Giving your attention to the Scorpio man also subscribes to the ‘less is more' philosophy. Receiving undivided attention from you will only make him take you for granted.

Going after your dreams and planning your own life should be your focus. Make him work hard for your attention.

Your Scorpio man values a woman who is as goal-oriented as he is. He will appreciate every ounce of attention you can spare him.

People are almost always intimidated by the Scorpio man because of his intense and rigid personality. You must stand your ground against him if you think you are right.

But remember that underneath his tough outer shell is a soft and sensitive creature. So be careful of offending him; this can easily make him pull away from you.

Be sensitive to his mood and emotional changes, but don’t be reactive. He doesn’t need you nagging him on why he’s acting cold or angry.

Accept that these changes are natural and that you don't need to do anything or say anything to fix them. Send your man the message that you don't let these little quirks in his personality get in between you.

The Scorpio man is insecure about this negative trait. Not making a big deal out of it will make him seek you and keep your presence in his life.

I know it’s a tough job to be mysterious yet be sincere at the same time. The trick here is not to make up a false persona only to make you attractive to your man or any people for that matter.

What I’m saying is that you shouldn’t be telling him that you’re into rock and roll if you’re really into classical music. Or that you’re into football if you don’t know anything about the sport in reality.

You must also make sure that you don’t lead him on. Don’t show him interest if you’re only doing it for the thrill of being chased.

If he's someone you've hurt before and now want him back, tell him your actual intentions. Being honest with him is the surest way to rebuild his trust.

Make him miss you

Making someone miss you is difficult if you don't share a special connection. Start building this connection with your Scorpio man by being reliable.

Be there for him when he needs you. Lend him a hand when he asks for it and be his go-to girl when he wants someone who would listen without judgment.

The Scorpio man is ever reluctant when asking for someone’s help. So you have to be sensitive to his needs without imposing your help as this would surely offend him.

If you have no idea what these needs are, Anna Kovach covers them in Scorpio Man Secrets guide.

Up your texting game

If you’ve just met your Scorpio man and you’re connecting mainly through texts or messages for now, then make sure your texting game is on point.

Keep that air of mystery I’ve already told you about, and don't tell him details about yourself unless he asks for it directly. Focus on everything he says and make him the center of the conversation.

Be confident and give him playful but truthful answers. You must be responsive but don’t pepper him with messages.

Give him definite answers

The Scorpio man hates getting answers like ‘Maybe’ or ‘We’ll see.’ Giving him definite answers shows your sincerity.

Ignoring his meaning or changing topics when talking to him will trigger a warning signal in his brain. He will think that you are playing with him.

Never hesitate to say what you truly mean. Keep building that trust.

Let him lead, but don’t be submissive

You need to play into the Scorpio man’s dual nature. As an aggressive go-getter, he wants to be the dominant one in the relationship, but he needs to be challenged once in a while, or he'd quickly get bored.

You can keep up the chase by not giving in to his every whim. Have a mind of your own and don’t make him decide for both of you.

You can let him have the wheel, but you must always control the brake and the gas. Don't let him run you, or he'd lose interest in a snap.

Don’t limit your connection with him to just the two of you. Cultivate genuine and meaningful relationships with his family, close friends, and even co-workers.

These mutual connections will make your presence in his life constant and non-threatening. He will also see you from other people's perspectives and always be under his radar.

But don't do it just for him; his intuitive nature will know if you're only making these connections to get closer to him. He will trust you less and will make him pull away from you instantly.

Work hard and don’t give up

As with anything in life, hard work is essential in understanding your Scorpio man. He is a living and ever-changing being.

Thus, no fixed or definite road map shows you the straight path to your man’s heart. You have to be receptive to his reactions and adapt your future actions accordingly.

Destiny led you to this page because your spirit refuses to give up. That alone should be a reason not to lose hope in your Scorpio man.

Love is always sweeter the second time around.

If you want a proof of this with your Scorpio man, reignite the flame that was once burning bright with Scorpio Man Secrets.