How to make a Scorpio man jealous: Have a good reason! - Spiritual-Galaxy.com
Skip to content

Wondering how to make your Scorpio man jealous? First, you need to have a good reason.

Knowing why you want to make the Scorpio man jealous is the first step to making him jealous. Do it to strengthen your relationship, not for petty and immature reasons like revenge or having the upper hand over him.

Making the Scorpio man jealous is easy because he is an emotional, insecure, and possessive person by nature. But he tends to hide and repress his feelings so his jealousy will not be noticeable.

Learning about the Scorpio man’s personality will lead you to the right way to make him jealous. Once you understand where he is coming from, you’ll have a better chance of getting the reactions you want from him.

It will be a tough journey to fully learn all of that, but an in-depth guide like Scorpio Man Secrets can even make you master it.

This article will help you explore your reasons for making the Scorpio man jealous and learn how to get a healthy dose of jealousy from him. Are you ready to tame the green-eyed monster? 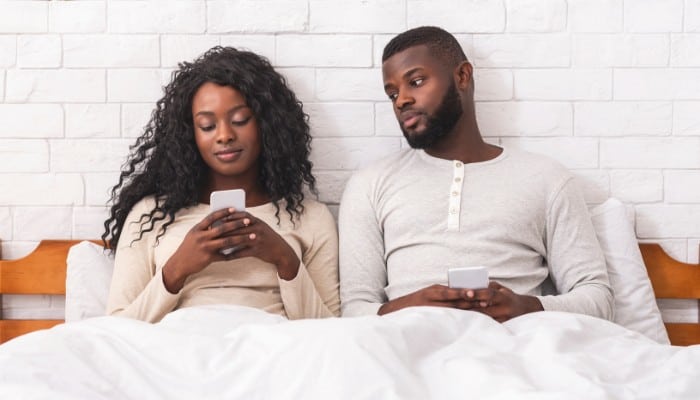 The Scorpio man’s jealousy results from a complex personality stemming from a complicated astrological sign. As if his contradicting Fixed Water sign isn’t enough to do the job of complicating his personality, two planets with opposing qualities also rule him.

Being a Water sign makes the Scorpio man emotional and sensitive, but its Fixed quality makes him hide his feelings and project a calm persona. His co-ruler Mars gives him his passionate and aggressive side, while his other co-ruling planet, Pluto, gives him his tendency to be silent and mysterious.

When the Scorpio man feels intense emotions, he often tries to dismiss or repress them, giving him an explosive temper. He can sometimes show reactions that are more intense or not in proportion to something that has happened.

The Scorpio man’s intense but repressed emotions can make him insecure and possessive. One of his greatest fears is losing the things he loves and values, and his determination to keep them can make him obsessive and paranoid.

Jealousy is normal for the Scorpio man if he feels strong love and affection for someone. But if he keeps it to himself and does not show it, it can become problematic for his relationship.

The Scorpio man needs a partner who can help him resolve his feelings of jealousy in a positive way.  He and his partner need to work together and deal with their issues in a rational manner, thus maintaining a healthy level of jealousy in their relationship.

Reasons to make him jealous

Jealousy is not a bad thing; it can be a valuable tool in strengthening love and heightening desire between couples. If done for the right reasons, making the Scorpio man jealous can do wonders for your relationship with him.

Make the Scorpio man jealous for the following reasons and make him love you more.

To catch his attention

Whether you are trying to attract a Scorpio man or have been with him for a long time, a little jealousy will go a long way in keeping your relationship going. Making him see that another person desires and chases after you can make him pay attention and not take you for granted.

If the Scorpio man cares enough about you, he will feel the threat of losing you. This will remind him of the vital part you play in his life and will push him to make an effort to keep you.

To test his feelings

If the Scorpio man is in love, he may try to dismiss or deny it until he’s convinced that his feelings are real or that you are a good match for him. He will realize his true feelings for you if he gets jealous of other guys who show interest in you.

Most of the time, especially when the object of his affection is a close friend, the Scorpio man is not even aware that he’s falling in love. His jealousy will wake him up and make him realize that his feelings for her are more than that of a friend.

To get him back after a breakup

If you want your Scorpio man back after a breakup, making him jealous may be the thing that draws him back to you. He is the type that does not get over a breakup right away, and if he still has feelings for you, he’ll get jealous of anyone who comes near you.

Seeing that you are happy and open to date again will make him miss you and crave your company. He will not show you he’s jealous, but you will notice him contacting you more or drawing closer to you.

If this puts you in no luck and you still want another chance with your Scorpio man, lure him back in by uncovering all of the Scorpio Man Secrets and taking advantage of them.

You may also find this interesting:  How to deal with a Scorpio Man after a fight?: With patience!

Don’t make the Scorpio man jealous to make him suffer or get him back for hurting you. Taking this path will not end well for you and will only damage your mental health and lower your self-esteem.

Don’t make the Scorpio man jealous to gain control over the relationship. Manipulating his feelings to get what you want or making him a pawn in your plans is not a respectful way of treating your partner.

Don’t make him jealous because you’re jealous. You feel jealousy because of your own insecurities and other issues; making him jealous will not resolve these issues but only add to them.

How to make him jealous?

Now that you’ve looked into your reasons for making the Scorpio man jealous, the next question is, how do you go about it? The following are some of the best ways of making your man jealous.

If you are worried that the Scorpio will turn away from you, the safest way to make him jealous is by being busy with your work or other interests. You don’t need another man to make him jealous; you only need to be less available to him.

The Scorpio man will be jealous of your work or your friends if he feels you put more importance on them than him. Being busy doesn’t mean you have to ignore him, though; make sure to be there when he needs you.

Go out with friends

Go out with your friends to parties and night-outs. This is also a great way to make your Scorpio man jealous without involving another man or dealing with the risks that can come from faking your interest in him.

Going out with your friends clears your head and will take your mind off your man. Do it on a regular basis, at least once a week, and your man will be threatened with the idea that you are meeting new people all the time.

Don’t limit your social circle to a few people; go out and connect with like-minded people and join online communities that share your interest. Not only does this help you develop your interests, but it will also show your man that he is not your only choice.

The Scorpio man is also drawn to an extroverted woman who has an outgoing personality, so this is a way of letting him see you in a better light and spark a new interest in him to get to know you again. 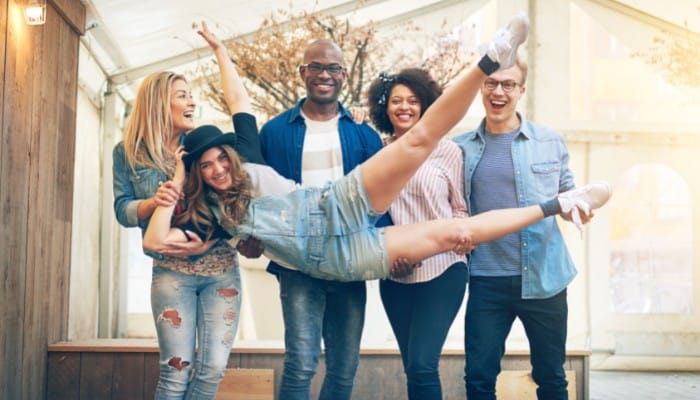 Reconnect with people from your past

Talk fondly of a past boyfriend or close friend and see if you can meet them and catch up over coffee. Assure your Scorpio man of your loyalty to him but make him see you happy and excited over your meeting.

The Scorpio man will go crazy with jealousy if he sees you dress yourself up and make an effort to present yourself to other people. He will be more jealous because he knows these people have shared some special and unforgettable memories with you.

You may also find this interesting:  When a Scorpio man ignores me, what do I do?: This Might Help!

Keep the mystery in your relationship with the Scorpio man, and he will be jealous of the people who know things about you he doesn’t know. But don’t be too secretive, or he might doubt your intentions and never trust you again.

The Scorpio man’s possessive nature will want to know everything about you. Be open and let him know what he wants to know, but keep developing yourself such that there’s always something new and mysterious about you.

You can also make the Scorpio man jealous by admiring someone else and being vocal about it. Talk to him about someone you admire; compare them to your man while talking about the qualities you like about them.

Keep it light and fun when you admire other people in front of your man, or he’ll think you’re cheating on him. Being the calm and relaxed guy he is, he will not show any signs of jealousy, but his insecure and sensitive side will not forget your comment.

The Scorpio man is not active in social media, but he sees your posts and is updated on what you post or who you interact with. Having fun and connecting with many people on social media makes your man jealous when someone shows interest and admiration for you.

Show your Scorpio man how happy and desirable you are with your posts, and he will get jealous of every guy who shows any interest in you. Don’t be shy in replying or carrying on friendly conversations; be outgoing, and the Scorpio man will be eating his heart out in no time.

Overall, the most reliable and effective way to make a Scorpio man jealous is to find out what triggers him, which are all revealed in Scorpio Man Secrets.

Keep in mind to not go overboard though, and avoiding that can also be learned through the guide.