Mars Opposite Pluto Synastry: Can The Controlling Planets Coexist? - Spiritual-Galaxy.com
Skip to content

But if you will ask this question to the ancient Romans, they will answer “brutal,” “resentful,” and “mighty.” The Roman god can be described in those three words, and so is the dominion of Mars in astrology. Mars, in astrology, concerns itself with wrath, anger, and violence.

Mars knows if you're a vengeful kind of person. Do you handle anger properly, or do you tend to shout angrily and even inflict violence? But the planet is not all that bad. It concerns itself with sexual desires as well as sexual tension. It knows how deep you crave sex and how you best want to do it. Because the god of war is also mighty, the planet rules motivation, drive, persistence, and dominance in astrology.

When you encounter Mars-ruled people, the first thing you will notice is their intimidating auras. And we cannot fault them for exuding auras like that because they are fierce. These people are highly driven and ambitious. They dream big because they know they will achieve it too.

Mars people can be hot-headed. They would get mad at the slightest of things and would burst into anger without provocation. And it's no surprise that a lot of people dislike Mars people. 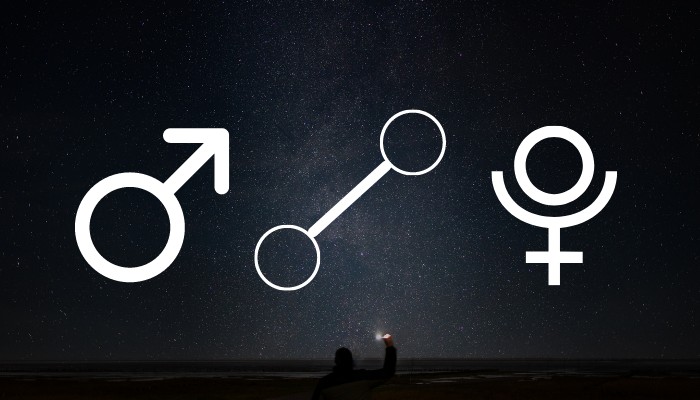 Mars people are born to be leaders, and they know it. Therefore, they will seize every opportunity to lead. But take note that when these people take charge, expect that their way of leading will not inspire you. They want each step to be perfect; hence, they are stern and firm when leading.

When Pluto comes into your mind, is it the planet or the god? If it's the planet, you know how it lies on the frontier of the solar system. It's a faraway planet, and it takes about 5 hours before the sunlight reaches this lonely and cold planet. If your answer is the god, you know that Pluto is the Roman god of the Underworld. He doesn't like anyone to see him and thrives in the shadows.

We correlate all of these in astrology. In astrology, Pluto is a cold and mysterious planet as well. And like the god of the Underworld, the dwarf planet blooms in the darkness. This planet is all about the taboo, occult, manipulation, control, and all things dark and unforgiving.

Astrologers believe that Pluto also carries with it our deepest secrets kept in the dark. These secrets comprise of mental illness, unresolved issues, and childhood traumas. Pluto knows the ugly side of us. For this reason, we tend to hide these things in the dark. But expect that when you face Pluto, great things will be coming into your life. You will find more harmony with yourself, and you will feel fulfilled as well. This reason is why Pluto governs change and transformation. This transformation can also amount to rebirth and regeneration.

You may also find this interesting:  Mars-Ascendant Aspects in Synastry Chart: Do your personalities are compatible with each other?

With opposition in the aspect, expect that these planets sit on the opposite side of each other. They are pushing and pulling. Too much push and pull, one of them will break. These planets will try to find harmony, but sometimes, they fail. When Mars and Pluto find balance, expect that it will result in a nasty business. These planets are stubborn, and they refuse to put their foot down. When this happens, both of them may resort to manipulation or controlling one another.

Mars will adore this Pluto's character. Pluto people are secretive, and their mysterious ways awe Mars. Mars also loves this Pluto's mind, for they have a lot of perspectives to offer. However, despite being attracted to Mars' strength and boldness, Pluto will get tired of those traits. They will think that Mars is too aggressive and only wants sexual action. They want emotional vulnerability from Mars, which the latter does not show.

When these people are in an argument, expect that Pluto will do anything to provoke Mars' anger. Mars, on the other hand, will respond nastily. There would be a heated altercation or, worse, violence. Over time, Mars will feel like they do not have the wheel in the relationship. When this happens, they will resort to controlling their Pluto to get ahead.

These persons may compete with each other. With the Mars-Pluto aspects, Mars opposite Pluto synastry sees a possessive and controlling couple in this relationship. Although their connection transcends in the bedroom, it is hard for these people to understand each other. They may be trying so hard, but because their planets sit on opposite poles, they find it hard to balance each other.

This couple should work on their communication skills. With these skills, they will undoubtedly avoid violent and brutal fights. And in time, this can shape their relationship into a healthy one. Both of them should be willing to make the relationship work. Because if only one person tries so hard to make it work, they will feel exhausted in the end and permanently separate. This couple should also learn to understand each other without violence and shouting. Sit down and talk calmly, reveal your thoughts, and make changes in the relationship.