The Roman God of War is an icon of the soldiers. He is fierce, fearless, and feral. Mars is a god you do not want to cross paths, ever. When you do, and you earned his wrath, expect that your days are numbered on Earth. He is hot-headed and vengeful. In astronomy, astronomers dubbed Mars the “Red Planet” because of its appearance. The appearance is due to the abundance of iron minerals in the soil, making the soil and the atmosphere appear red.

We correlate all of these facts about Mars in astrology. Mars rules over our emotions, specifically our hostility, wrath, and dominance. Just like the Red Planet and the Roman god's red fury, the planet rules over bloodshed, war, and chaos. But Mars is not at all a hostile planet. It rules over our drive, motivation, and ambition too. Are we willing to do everything it takes to achieve our dreams? Does this “everything” amount to trampling people?

On a side note, If you want a personalized astrology reading, I suggest checking out these gifted astrologers. I have recently started working with them and they are masters in the ancient art of astrology.

I’ve recommended them to my readers and friends for both personal and business readings, and I’ve always been impressed with the genuineness of their predictions. Their astrologers really know what they’re talking about!

You can connect with them via phone, video call or chat to get answers to your most burning questions about Love, Relationships, Career, Family, Finances and More.

Mars is also an icon of sexual desire and tension. It knows our sexual fantasies and how we can best enjoy the bedroom action. Mars-ruled people are hot-tempered. Expect that they will burst into anger anytime, even without provocation. These people are aggressive. So, this aggression is why it doesn't come as a surprise that these people gain a lot of enemies.

Mars people also gain a lot of admirers and not just enemies. People admire the way they are so focused on their goals. Because the authoritarian planet rules them, Mars people always take charge. They will achieve their goals, no matter what, even if it means hurting people along the way.

Because these people like to take charge, they are also born with leadership skills. They are natural leaders, albeit stern and harsh. Expect that these people are perfectionists. They want their people to do their jobs to perfection. They like to do things their way, and they may shove their ways to the people they lead. 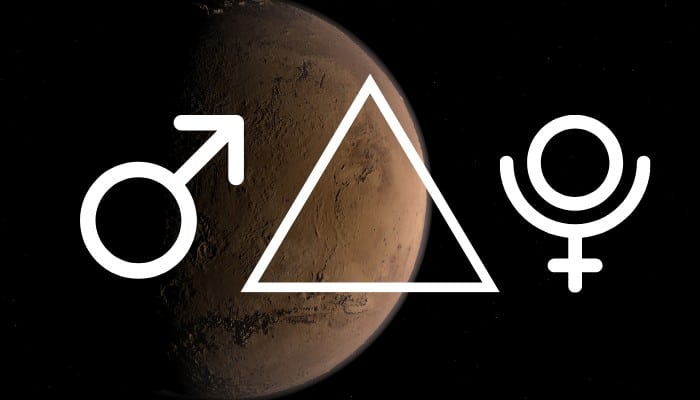 Pluto's name induces scary faces to ancient Roman people since Pluto is the god of the Underworld in mythology. Many believe that he is a cold and unforgiving god. He lives in the shadows of the Underworld. Wearing his invisibility helmet, he ascends the mortal world and still thrives in the shadows. In astronomy, Pluto is cold and unforgiving too. This planet lies on the cold and lonely boundary of the solar system.

We move forward now to astrology. Just like the cold planet and god, Pluto is cold and unforgiving to us humans too. Astrologers believe that Pluto, in our personalities, hides in our shadows too. The dwarf planet hides with it the ugly scars that we do not want anyone to see. It encompasses our mental illness, childhood trauma, and unresolved issues.

Pluto rules over changes and transformation too. Why is it, you ask? Because when we finally found the courage to face the side we kept so hard in the shadows, there would be a turnaround of character. Expect that we will feel reborn and reshaped because we finally let go of the things holding us back from the better version of ourselves.

Trine is the most favorable aspect of astrology. It brings about good fortune, blessings, and positive energy. Expect that this relationship will bring just about those. This couple will find it hard to live without each other. The bond is just unbreakable. With the magnetic pull that they have with each other, the relationship will bring a transformative love to them.

Although this couple may encounter power struggles during their relationship, they still want each other at the end of the day. This couple will face conflicts. But despite the disagreements, they still want to fix the relationship. their bond transcends beyond their physical bodies. It encompasses their souls and minds as well.

Pluto encourages Mars to do better in every way. Pluto is Mars' number one supporter and cheers Mars on every journey the latter wants to embark on. Mars, on the other hand, will appreciate this supporting trait of Pluto. They, in return, will grow their love for this Pluto.

This relationship is extreme. The couple both need each other to fulfill their sexual desires. But when these two make hot passionate love, expect that this connection does not only happen in their bodies. Both of them will feel satisfied emotionally and mentally. In addition to the intense sexual drive, there will also be extreme jealousy and possessiveness. But both will feel their intense need for each other. That is why they wouldn't view this possessiveness as repulsive.

You may also find this interesting:  Mars-Uranus Aspects in Synastry Chart: The passionate and exciting bond between Mars and Uranus

But expect that conflicts occur in this relationship, no matter how harmonious it may seem on the outside. The couple is both inherently competitive. Hence, there will be times when Pluto will want to take over the relationship. But Mars will not let them. Because of this rejection, Pluto may resort to controlling Mars.

Since these planets are both authoritarian, both of them will try to control each other. They will try to shape each other and try to take the wheel of the relationship. But they will realize they find each other hard to control. And as time goes by, the need to influence each other will fade in time.

Mars, being domineering, always says the things they want to say. They do not hold back their feelings. Pluto, in contrast, will not say the things that will bother them. They are secretive, and they will hold back their feelings from surfacing. The couple will overcome these conflicts presented to them. At the end of the day, both of them will find comfort in each other's arms. They want to be with each other, and that's what matters.

You might also be interested in Venus Trine Pluto Synastry. Or maybe you can read this article to learn about the opposite aspect of the Mars-Pluto synastry in Mars Opposite Pluto Synastry.