The Great Virgin Martyr Barbara was revered as one of the 14 Auxiliary Saints, also known as the Holy Helpers. She is the Patron Saint of Artillerymen and miners commonly invoked in thunderstorms.

According to Christian legend, Barbara was the beautiful daughter of a rich, jealous, and pagan man, Dioscorus. Because of her extraordinary beauty, her father built a tower where she was hidden, and only her pagan teachers were allowed to see her.

Despite this, her beauty spread throughout the city, and many sought her hand in marriage. However, she refused all of her father’s pleas, which made Dioscorus think to permit Barbara to leave the tower so she could explore freely with her own choice of friends and acquaintances.

Barbara met Christian maidens in the city who taught her about the Lord, the Holy Trinity, and the Church. Later in life, she met a priest who instructed her about the mysteries of the Christian faith and baptized her.

Barbara grew dedicating her life to knowing the true God and learned that the idols her father and teachers worshiped were not God’s creation.

She committed entirely to the service of God and chose a life to conserve her virginity. As her father presented men for her marriage, she refused them all.

Barbara told her father she learned about the true God and the saving power of the Son of God. However, professing Christianity to her father made Dioscorus so enraged that he tried to strike Barbara with a sword which she was able to run off.

Dioscorus denounced Barbara’s Christianity. Barbara was chased by her father, who wanted to turn her to the local authorities.

Later on, she was captured, and her father, so consumed by his rage, violently beat her daughter, locked her up, and staved her. Barbara was then handed over to the city prefect, where they continued to beat and torture her.

Despite the pain, wounds, and suffering, she endures it all and never renounces her Christian faith. Instead, she turned to the Lord, where the Creator appeared and healed her wounds.

The situation only made her capturer even madder and even tried harder to make her renounce her faith. However, Barbara relentlessly refused, and the Lord gave her the strength to stand firm.

Along with Juliana, a virtuous Christian woman, Barbara was tormented with the hooks and rakes and was led to walk naked throughout the city. However, Barbara continued to pray, and an angel appeared, covering them with a splendid robe, and the torches went out when they came near her.

Finally, Barbara and Juliana were condemned to death by beheading. Dioscorus himself performed the execution and beheaded her daughter, Barbara.

The wrath of the Lord came after to punish the torturers, including Dioscorus, for their monstrous crimes. They were struck by lightning, killing them right after they executed the two Christian women.

This is where Saint Barbara came to be known as the Holy Great Virgin Martyr Barbara. She was revered and invoked as a protector against lightning, believing that she could control manifestations of lightning, flames, and fire.

Pray this prayer to St. Barbara and remember her life and sufferings in conviction to the one true God, the Holy Trinity, and the Church.

you are revered among the faithful

as one of the Fourteen Holy Helpers.

Your life serves as a vivid reminder that

our world is filled with extreme anger and pain,

but that our faith and hope in the

Father, the Son and the Holy Spirit

can alleviate our burdens.

Pray for me from heaven

with His established plan for my life. 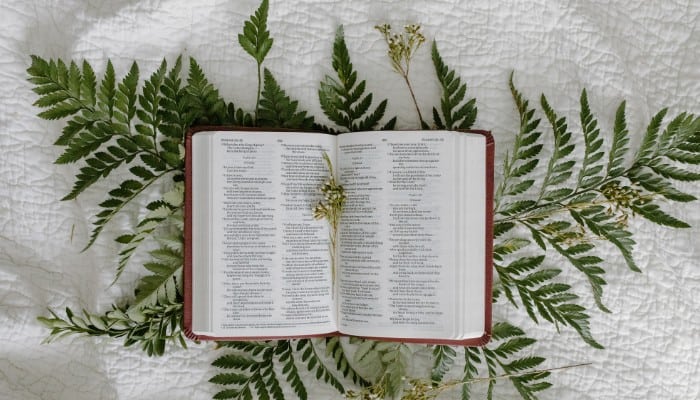 Saint Barbara is commemorated on the 4th of December. Among many different professions, miners regard Saint Barbara as their Patron Saint and Protector in artillery formations across the country's armies.

Her tomb became sacred, and a site of miracles after a fellow Christian buried her. In other legends, Saint Barbara escaped into a nearby Greek mine.

The miners, who were Christians, offered her to stay for some time. Barbara repaid their kindness by caring for children and nursing the sick.

The Catholic church beatified Saint Barbara as the Patron Saint of Miners. Until this day, the miners always prayed for Saint Barbara to protect them underground.

Do not let lightning hit me, thunder frighten me, or the roar of canons jolt my bravery.

Stay always by my side so that I may confront all the storms and battles of my life with my head held high and with a serene countenance.

May I do my duty, be grateful to you, my protector, and render thanks to God, the Creator of heaven and earth who has the power to dominate the fury of the storm and to mitigate the cruelty of war.

Saint Barbara, pray for us.

Prayer to Saint Barbara for Protection

You have witnessed throughout legends how Saint Barbara was so relentless to commit into her conviction to the Lord despite the pain and torment she had gone through. In return, she was favored by the Lord by punishing her torturers.

The Lord kept his promise to her that those who chose not to forget Saint Barbara’s life, suffering, and steadfast faith shall be preserved from sudden, unexpected death and shall never transcend this life without the benefit of the Divine Mysteries of the Lord.

The revenged of lighter for her murder led her to be invoked against fire, lightning, and even patronage of firefighters.

St Barbara, you are stronger than the tower of a fortress and the fury of hurricanes. Do not let lightning hit me, thunder frighten me or the roar of canons jolt my courage or bravery. Stay always by my side so that I may confront all the storms and battles of my life with my head held high and a serene countenance. Winning all the struggles, may I, aware of doing my duty, be grateful to you, my protector, and render thanks to God, the Creator of heaven, earth and nature who has the power to dominate the fury of the storm and to mitigate the cruelty of war.

St Barbara, pray for us.

You may also find this interesting:  Yawning During Prayer Spiritual Meaning: Sign of Humility

Finish the Novena of St. Barbara by praying one Our Father, one Hail Mary, and one Glory Be to the Father.

[Pray for Each Novena to a Holy Helper]

Almighty and eternal God! With lively faith and reverently worshipping Your Divine Majesty, I prostrate myself before You and invoke with filial trust Your supreme generosity and mercy. Illuminate the darkness of my intellect with a ray of Your Heavenly light and inflame my heart with the fire of Your Divine Love, that I may contemplate the great virtues and merits of the Saint in whose honor I make this novena, and following their example imitate, as they did, the life of Your Divine Son.

Moreover, I beseech You to graciously grant me, through the merits and intercession of this powerful Helper, the petition which through them I humbly place before You, devoutly saying, “Thy will be done on earth as it is in Heaven.”

Vouchsafe graciously to hear it, if it is to Your greater glory and the salvation of my soul. Amen.

Prayer in Honor of St. Barbara

O God, Who adorned Your holy virgin and martyr Barbara with extraordinary fortitude in the confession of the Faith, and consoled her during the most painful torments, grant us through her intercession perseverance in the living of our Catholic Faith, and the grace of being fortified before our end with the Holy Sacraments, and of a happy death. Through Christ our Lord. Amen.

Intrepid virgin and martyr, St. Barbara, through your intercession come to my aid in all needs of my soul. Obtain for me the grace to be preserved from a sudden and unprovided death. Assist me in my final hour of death. Then, O powerful patroness of the dying, come to my aid! Repel from me all the assaults and temptations of the evil one, and obtain for me the grace to receive before death the Holy Sacraments, that I may breathe forth my soul confirmed in faith, hope, and charity, and be worthy to enter eternal glory. Amen.

St. Barbara, at my last end

Obtain for me the Sacrament;

Assist one in that direst need

When I my God and Judge must meet:

That robed in sanctifying grace

My soul may stand before His face. 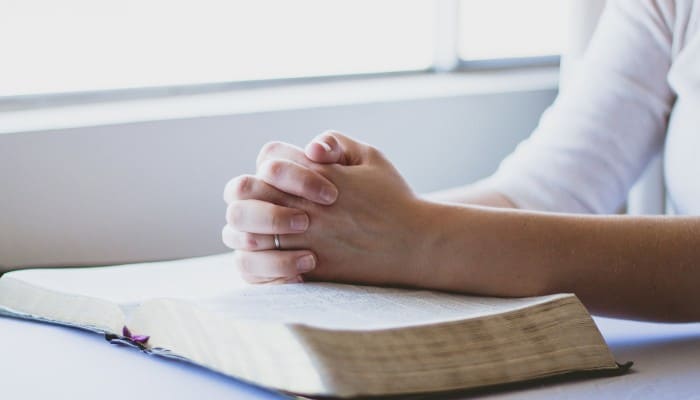 My Lord and my God! I offer up to You my petition in union with the bitter passion and death of Jesus Christ, Your Son, together with the merits of His Immaculate and Blessed Mother, Mary ever Virgin, and of all the Saints, particularly with those of the Holy Helper, St. Barbara, in whose honor I make this novena. Look down upon me, merciful Lord! Grant me Your Grace and Your Love, and graciously hear my prayer. Amen.

[Pray one Our Father; one Hail Mary; and one Glory Be]

Our Father, Who art in Heaven, hallowed be Thy name; Thy Kingdom come, Thy will be

done on earth as it is in Heaven. Give us this day our daily bread; and forgive us our

trespasses as we forgive those who trespass against us; and lead us not into

temptation, but deliver us from evil. Amen.

You may also find this interesting:  How to Manifest through Prayer: Will it REALLY work?

Hail Mary full of Grace, the Lord is with thee. Blessed are thou among women and

blessed is the fruit of thy womb Jesus. Holy Mary Mother of God, pray for us sinners

now and at the hour of our death Amen.

Glory Be to the Father

Glory be to the Father and to the Son and to the Holy Spirit. As it was in the beginning is

now, and ever shall be, world without end. Amen.