Spiritual meaning of the five fingers: Palmistry and Dream - Spiritual-Galaxy.com
Skip to content

For many people, the number 5 is considered a perfect number, aside from 7. We have five senses – the sense of sight, smell, taste, hearing, and touch to explore and experience the world. Alphabets come in 5 vowels, and the game basketball has five positions.

In numerology, the number 5 signifies freedom, curiosity, and transformation. Moreover, it represents more than just high energy and excitement.

In astronomy, there are five distinct positions in space where a small mass can rotate in a consistent pattern generated from the gravitational pull of two larger masses, such as the sun and the Earth. These five unique positions are called Lagrange points.

The interaction between these forces makes a point of equilibrium where a spacecraft can carry on.

And of course, most mammals, reptiles, and amphibians have five fingers or toes on each extremity. So, what do the five fingers symbolize? 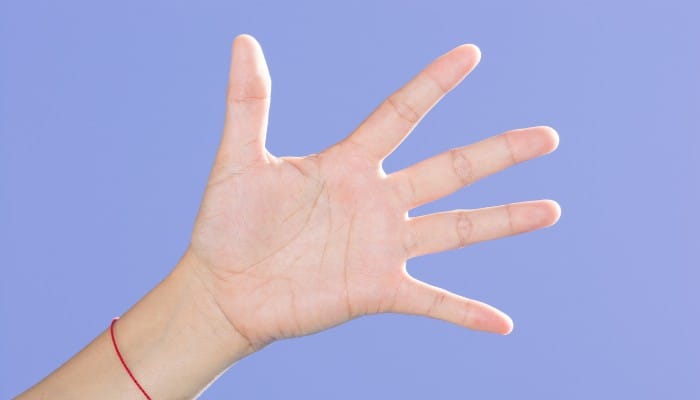 Here’s what each finger means:

The physical body is the minor part of the entire self, so the little finger represents it. Remember when you were a kid, you called the attention of your teacher by raising your little finger to signify a nature call.

The ring finger is for the mind. When two hearts and two minds meet, they vibrate and share the same frequency; therefore, marriage and rings are exchanged on the ring finger.

Not any other finger, but the ring finger. Keep in mind that the second finger is more significant than the little finger, and it represents the mind, an essential aspect of the human body.

The mind or the brain is above all else, which means it can control the human body.

The middle finger represents intellectual ability. A person’s intellect can differentiate the good and the bad, the truth and the untruth, the right and the wrong, the beautiful and the ugly.

Since the mind is the one that judges the situation, the intellect is less judgemental and far judgemental. The intellect sums up the entire experiences of the soul.

The Atma is what you are, and it is nothing but an eternal speak of consciousness and energy. The individual self is also called the Jeevatma.

But we have the same ATMIC source, and we have all the same level of ATMA.

What each finger represents?

In palmistry, each finger represents a specific aspect of your personality. The term finger means any four digits besides the thumb or any digit, including the thumb.

The control of the thumb makes a considerable part of the brain, which means that the thumb is vital to our personality. It has something to do with the self-control and willpower of the individual.

Since we have two thumb phalanges, each has a specific role to play. The phalange closest to the palm implies logical thinking, while the nail phalange represents willpower.

The size and shape of each phalange denote how the person utilizes will and logic in making decisions and controlling the elements in their environment.

The index finger, also known as Jupiter’s finger, stands for ambition and guidance. It shows the direction our life is taking and our sense of purpose. 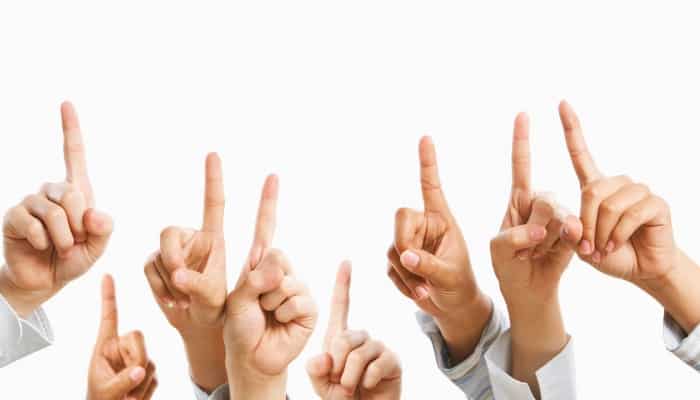 If you have a short Jupiter finger, it may show the lack of purpose or the feeling of inadequacy in different social settings. If you have an extended index finger, it could mean that you’re working too much with the role you’re playing in society.

The middle finger or the Saturn finger is the serious and the clever one out of the five fingers. It is the finger that forces you to ask tough questions, like “What’s the sense of living if we’re all going to die?”.

This kind of question makes you disciplined and composed.

If you have a short Saturn finger (for example: shorter than the palm width), you are thoughtless, you lack judgment, and you always say the wrong thing because you are not giving it much thought. You also lack instinct, and you’re too stiff.

The ring finger or also called the sun finger gives, lets you shine and share your light, just like the sun. This finger represents courage, charisma, passion, and courage.

If the ring finger is short, you lack passion, and you always feel shy and insecure with other people. When the sun finger is long, you are an attention seeker, and you even use your charisma to get what you want and to manipulate others.

The little finger is called the Mercury. It means communication and sexual expression.

If you have a very tiny Mercury finger, it indicates that you are naive and you don’t have any interest in your environment. Meanwhile, if you have a Mercury finger that is longer than the usual, it means that you’re a good communicator, but you tend to lie or cheat your partner.

You may also find this interesting:  Nails Dream Meaning: What Are Your Bad Habits?

Biblical meaning of fingers in dreams

Generally, dreaming about fingers, it’s associated with emotions, both the good and the bad. As for the thumb, if you dream your thumb finger pointing up, then you’re waiting for parting with your second half.

If it points downward, it indicates that your relationship with your loved one is strengthened and you’ll become overly attached.

Meanwhile, dreaming of the index finger is a warning. If you act carelessly or wildly, be ready for the consequences from your enemies or competitors.

The middle finger represents the financial position and authority of the dreamer. It would be best if you prepared for bad news that’s coming your way. For example, your business goes bankrupt, or your investment is not doing well.

Luckily, dreaming of a ring finger, especially if it has a ring, indicates unfavorable meaning for married couples. Your marriage will collapse due to the infidelity of your spouse.

If you’re unmarried, this dream could signify that you’re going to meet your lover soon, and this person is the one you’ll marry.

You may also find this interesting:  Marriage Dream Meaning: About A Lifelong Commitment?

If you dream that you have an extra finger, it’s a good sign of wealth and status. Most likely, you’ll get large sums of money from inheritance but least like from winning a game or lottery.

If nothing has changed in your life lately, like not getting a tremendous amount of money, then this dream could also mean that you’ll discover your hidden ability, a unique gift from God that can help you distinguish yourself from other people.

On the other hand, if you’re a woman and you’re dreaming of a child growing a finger, it means that you’ll conceive a child soon. If a young girl dreams of seeing a ring on her finger, it signifies that she’ll meet her other half or receive a marriage proposal later on.

If you dream about cutting a finger, blood is leaking; it’s a favorable symbol. It indicates that you’ll respect your relative for your good deeds and brings you spiritual harmony.

If you dream of someone having a cut on their finger, it indicates that trouble or conflict at work has something to do with your negligence and irresponsibility.

Seeing your finger injured in a dream is a warning that you should not interfere in the affair of other people. Do not share your opinion or input with everyone. Another dream is intentionally cutting your finger, which denotes a stroke of bad luck.

This dream means that you’re going to inflict harm or damage yourself.

When you dream of pricking your finger, it means that you’ll be involved in minor troubles. Most likely, it will be associated with mild illness, like catching a cold where you can quickly recover.

If you dream of a rat biting your finger, it means that you will be a victim of ill-wishers and intriguing stories. This person could be your friend, so it’s better to trust your instinct if you suspect someone.

Likewise, if a dog bites your finger, it indicates a betrayal from a friend.

Seeing pus on your finger signifies a severe illness. The disease could root from your emotional instability, like a nervous breakdown leading to serious complications.