The Symbol for Twin Flame: What is it, and what does it mean? - Spiritual-Galaxy.com
Skip to content

The twin flame relationship is not new to having signs and symbols. But have you ever wondered what the twin flame symbols are and their meanings?

There is no official symbol for twin flames, and you can choose a unique sign for your union. The Universe is communicating to you, and the symbols have corresponding interpretations.

The twin flame symbol consists of many symbols which are still used today. Understanding them and what they represent will help you in your journey.

Signs and symbols are helpful because they wink at you. When you see them, it's like the forces say you are going in the right direction.

Or they can also give a hint to take a different route or shift a little bit. They can point towards the way as you keep moving forward.

Overall, signs, symbols, and numbers support you in your journey. Whether you have already met your twin flame or are about to meet them, they are saying something.

All of them lead to sending messages and communicating with you. It is a mysterious yet fantastic way of how the Universe speaks.

You are meant to see them around you, and your intuition tells you what they mean. Learn more about them to consider how to navigate your twin flame journey.

What is the twin flame symbol?

The widely used twin flame symbol combines a triangle, flames, infinity, and a circle. There is a flame inside a triangle and an infinity below the triangle.

The circle brings all the elements together as it encloses them. Let's break them down and explain what each means. 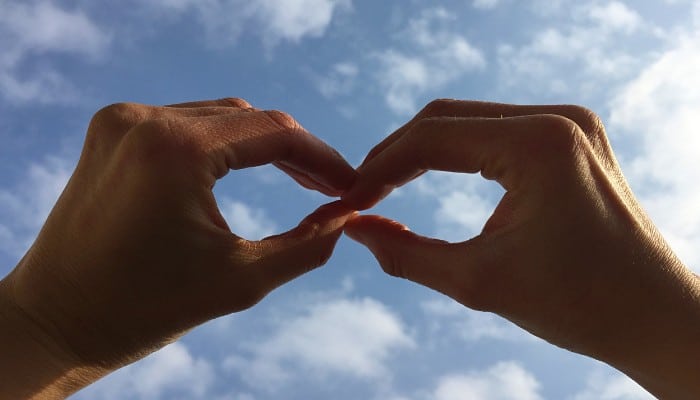 The infinity sign looks like the number eight, which is lying sideways. Saint Germain first introduced the symbol representing the union of two souls.

As the name suggests, the infinity sign also means eternal union. It signifies the connection between two individuals or entities who come together as one.

It may appear that they are two circles placed side by side. It is actually a twisted circle defining one entity split into two.

It shows oneness by forming one symbol of energy. It is because two souls help each other in their spiritual journey.

They must both transcend for them to ascend successfully. From the spiritual perspective, it represents the healing of souls and eliminating negative energies.

Aside from manifesting eternity, it also means fidelity, loyalty, and trust with no limits. It is a powerful symbol that denotes an unbreakable bond.

The loop shows that whatever happens, twin flames go back to each other. The unison of love and eternity in one image clearly paints the meaning.

The infinity sign can also represent unconditional love. The enduring and endless love mirror souls have for each other can stand the test of time.

You may also find this interesting:  Why is One Person The Only Awakened Twin Flame?

The triangle above the infinity symbol is an important element. The shape represents dualities, trichotomy, and stability to begin with.

The division into three parts has significant meanings. As you can see, the bottom part shows the Divine Masculine and Divine Feminine.

The Divine Masculine energy represents strength and stability. It usually sides logic over emotions and mind over heart.

It is not likely to be intimidating or controlling but more protective. On the other hand, the right point represents the Divine Feminine energy.

Although it still doesn’t point to a specific gender, it balances the masculine energy. It represents the gentle and emotional side of the twins.

Its balancing nature makes it more nourishing, intuitive, and creative. Obviously, siding heavily on the emotional aspect rather than rationality.

These two entities have equal distances but meet at a certain point. The attraction between two different energies creates a balance represented by the straight line.

The opposite ends are attracted to each other like some magnetic force. It brings them in conjunction, just like bringing both physical and emotional parts together.

When these parts meet, a relationship can prosper, leading to the top point. The triangle tip at the very top shows the unification of twins.

The duality of balancing each other out has come together at the summit. When at its peak, the twin flame connection allows them to link in mind, body in spirit.

The perfect balance of dual forces is present as they collide and ascend towards union. It is impossible to create a triangle without the peak.

The triangle is an essential element in the twin flame symbol. Without the pointed top, there’s no way the masculine and feminine energies would come together.

The steepness also represents the path the twin flames traverse. It is not an easy journey as they may face many challenges and lessons along the way.

But what is important is that the point is connecting and that it is inevitable. The connecting points signify the twin flames' unity is a breathtaking experience.

The journey can be arduous and exciting, but everything is worthwhile. It is when most especially when you reach the top and see where you've gone and how much you've grown.

Take a closer look at the flames inside the triangle. It looks like two flames separated side by side, sometimes seemingly intertwined.

If it's a colored symbol, the flames will be yellow, and the next will be orange. It's mostly an artistic preference and would look lovely in tattoos.

But it doesn’t change the overall meaning that the flames represent the twin flames. It represents the coming together of the two bodies with a unified soul.

The twin flame's duality is also like a coin. Near or far, twin flames emit and share the same heat or energy.

It allows them to grow even if they are not physically together. But when they are united, they shine bright even more.

The flames also signify their burning passion for each other. The burning desires are like flames that are sometimes steamy, uncontrollable, and even messy.

It can easily spread like fire and grow out of control if one is not careful enough. Just like burning candles, it can be dangerous if you let burning too long and unattended.

You may also find this interesting:  7 Signs Your Twin Flame Is Thinking Of You 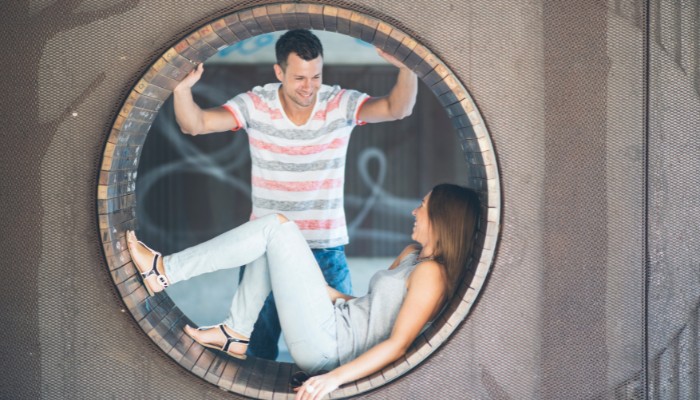 The last element is the circle that binds everything in it. The circle represents the cycles of life and the continuing path.

As the cycle of twin flames never ends, it relates to the many rebirths. The twin flames incarnate for many lifetimes and meet over different occasions before achieving union.

Moreover, as each rebirth is vital, twin flames must attune themselves and to their higher selves. The circle with no beginning and end also represents how they form a single entity.

Mirror souls in separate bodies are now on the loop. They form a whole from two different parts.

It also encapsulates the aura and unity, which is typical symbolic imagery. An aura radiates out of the body in a rough sphere of energy.

In every twin flame relationship, it is primarily energy-based. Therefore, auric fields and energies play a vital in progression.

What are other common twin flame symbols?

Yin Yang symbol is another symbol normally associated with twin flames. The circle is made of black and white swirls with a spot of contrasting colors.

The symbol signifies interconnectedness and the balance of opposites. The black and white colors represent the masculinity and femininity of the union.

An ancient symbol, also known as the Tai Chi symbol, portrays interrelatedness. In Chinese philosophy, the Yin, the female energy or the moon, also signifies darkness and passivity.

On the other hand, the Yang is the male energy or the sun, which also represents light and activity. The balance of the Yin and Yang influences the entire Universe.

The little circles inside each half represent the truth. It tells that it is not just about dualism but unified as a whole.

You may also find this interesting:  Twin Flame Synchronicities During Separation Stage

The infinity sign alone can be a twin flame symbol. The curves in the loop mean life is not linear and has a twisted nature.

Twin flames go through a full range of experiences together. They gain a better perspective on many things and face struggles and setbacks.

The symbol shows the unbreakable bond and balance in every twin flame relationship. It is about love and eternity through life, death, and rebirth.

Anyone can also use this symbol to contemplate as a tool for meditation. Some people connote this method as Mental Skating Meditation.

When you are relaxed and ready to meditate, picture yourself wearing roller skates. As you continue your breathing, see yourself rolling along the smooth curves.

Skating around in the figure, you can feel the cosmic breezes. You feel the motion and movement flowing, and it is thrilling.

When you are in motion, start to slow down at the center. The focal point is the unity connection in the middle of the symbol.

Feel the moment of being still and live in that center. Think of it as the present moment and expand your thoughts on the infinite connection of everything.

Feel the pulse of life and the radiating energy glow. Take more laps, and you can feel the superb easy glide of your roller skates.

When you do this powerful meditative exercise frequently, you feel relaxed. You feel renewed and reconnected with life and your twin flame.

You can feel that you are ready for the evolution of life.