Twin Flame Runner Signs: What are the Signs and Feelings? - Spiritual-Galaxy.com
Skip to content

If you're in the separation stage, you aren't sure which one you are. Are you the runner or the chaser?

Twin flame runner is a state of mind who tries to understand what is happening to you. You are likely confused about being the one running away from someone you love.

In this article, let's focus on what makes you the runner. Twin flame runners are not bad people.

They are also hurting from leaving, but they have to do it. It is painful for them, too, but it is necessary to stimulate and evolve both of your consciousness.

Who is the twin flame runner?

A twin flame runner is the one who runs away or leaves their twin flame behind. During the separation phase, they decide that it is better to give up the relationship.

It is likely because they are overwhelmed with the intense and complex connection. They haven't experienced it before, which makes it a new experience for them.

They are not sure how to handle such passion. So, they decide that going in separate ways is the best thing to do.

However, most likely, they leave without explaining themselves. As a result, the twin flame chaser is completely devastated and heartbroken.

Twin flame runners have many reasons for doing it. Some consciously know about them, while others are clueless but still opt to leave.

You may also find this interesting:  What Is the Twin Flame Runner Thinking?

Why does twin flame runner run?

You might be wondering what could be the reasons why the twin flame runner runs. You like to be enlightened so it won't keep you at night thinking about it.

The twin flame runner is scared, overwhelmed, and not yet ready; that's why they run. They feel they are not equipped and prepared to face themselves in reflection of their twin flame.

Most especially when it comes to their own issues and traumas, they feel it's not yet time. Being in a twin flame relationship triggers all these to resurface to heal.

They feel like the only choice left is to run instead of facing them. Moving forward is difficult for them, so they want to protect themselves.

They don't want to suffer and feel a sense of urgency to change course. More often, they see a lot of good reasons to exit but are unlikely aware of the real one.

A twin flame relationship triggers the good and bad from deep within you. As a result, the issues you have been hiding are now visible and apparent.

Because twin flame acts as mirrors of each other, they don't like what they see. For example, they get mad when their partner is too controlling.

But actually, they also pretty much have controlling traits that show differently. Both of them bring out the deepest wounds that require healing.

It is most likely their issue when they point out their fingers about what's wrong with you. They are also pointing at themselves for being similar to you.

Addressing these issues helps each one as an individual their growth. Twin flames are the Universe's instruments for people to improve and progress spiritually.

Another reason could be that they think it is more acceptable to reject than be the one left behind. They are aware of the solid and deep attachment to the other person, so they run.

Sometimes, it's all about convenience, especially when they are not yet awakened. They prefer to stay with their twin flame when things go well.

But when things get rough, they already have an escape plan.

Of course, they do, even if it's hard to believe it. Let's not confuse twin flame relationships with toxic and abusive relationships.

Anything that involves violence is unlikely to be a twin flame relationship. Getting beaten or hurt physically or verbally is not okay, whatever relationship you have.

Now back to the question, the runner loves the chaser even if they aren't sure yet. They feel the connection that bounds them to be together.

However, deep inside, they simply loathe the wounds projected by their twin flame. The chaser then feels rejected and abandoned when the runner leaves.

Twin flame runners don't precisely deny their feelings when they run. They are more likely to deny the truth that they haven't healed yet because issues keep coming back.

Both twin flames, chaser and runner, require healing to proceed in their journey. Most of the time, the chaser reaches awakening before the runner.

As they both work on many things, the awakened twin can accelerate the other's healing process. They should acknowledge the traumas that exist, even if it's painful.

You may also find this interesting:  Runner Chaser Twin Flame: What's Going on?

What are the Twin flame runner signs? 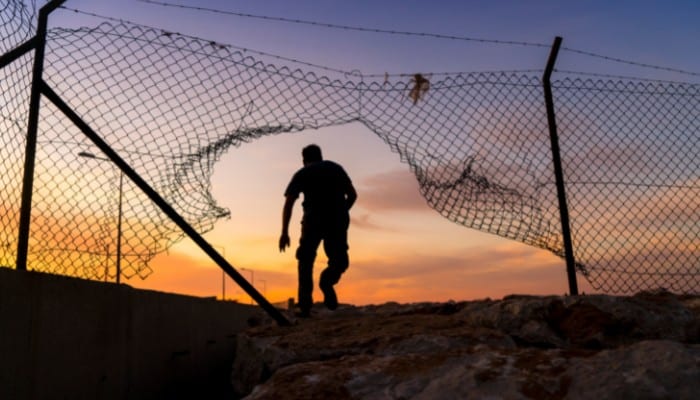 Twin flame runner seems to avoid you even If you are physically present. It is strange when they start to avoid even eye contact with you.

Whether you two are alone somewhere or even with a group of people, they ignore you. Sometimes it feels like they turn stone cold in their treatment.

They no longer initiate any conversation with you. They seem to avoid any topic relating to them, about you, or the relationship.

Even in other forms of communication like emails, messages, and calls, they don't respond. They wouldn't even leave a reply, unfortunately.

It's quite an odd feeling this distance they are creating between the two of you. They also dislike any confrontation of all sorts and somehow engage in silent treatment.

Once they know you are present, they try to become distant or not come at all. They can even block you on social media platforms and warn you not to contact them.

They make excuses whenever you're supposed to meet. They are avoiding not just the person but also the connection itself.

They likely feel like they are undeserving of this kind of love and attention. They think they will get hurt, so they run to avoid pain.

Fear of the Unknown

As mentioned earlier, the new experience worries them. The powerful bond between twin flames makes them feel terrified.

They are scared of falling deeply and madly in love. They are likely more anxious about what the future might be.

Instead of living and cherishing the present moment, they tend to have a gloomy outlook. The fear of the unknown stresses them so much.

Most runners are just confused and indecisive, so they dart off. Some people call them selfish or cowardly, but they also have struggles.

It is best to remember that everything happens for more significant reasons.

Fear of one's self

Twin flame runners are afraid of themselves being exposed. As the twin flame connection is the catalyst for spiritual awakening, it bothers them somehow.

They kept hidden their wounds and traumas from childhood or past life. When these things appear again, they fear what they see.

Sometimes, we are afraid of what is inside of us, so we want to keep it hidden. But as we conceal them, the more it surfaces because we need to heal them.

It can be the beginning of twin flame fights when these happen. We get easily irritated because we start seeing things we don't want to see.

For instance, you have a relationship issue with your father because he's irresponsible and an alcoholic. You promise that you will never date a guy who drinks a lot.

However, the more you say “no,” the more you attract people similar to your father. Why is that? It is because you tend to attract what you want to avoid.

Your wounds must heal completely and not just partially. The cycle continues if you haven't learned the lesson it is teaching you.

The pattern seems like the world is teasing you because you attract what you hate. Be mindful of your thoughts and feelings, and if you could prioritize inner peace, the better.

The only solution is to forgive your father and no longer hold grudges or resentment. You feel peace inside of you, beaming, and it shows in your exterior.

You begin to notice how your relationship and reality change for the better. It's why the twin flame connection is powerful and helpful in every aspect of life.

Moreover, you understand how the law of attraction works. Thanks to the unique bond, everything starts to flow, and you can spot them quickly.

You may also find this interesting:  Twin Flame Runner Return Signs: Are you ready?

What are the emotional traits of a runner?

The twin flame runner is more logical than chasers. While chasers tend to operate from the heart's emotions, runners lean more on their brains.

As a result, they struggle to handle overwhelming emotions. They strive to be tougher than they feel.

They try to be greater than their fears but often fall short. Fears consume them that influence their decision-making more on the flight than fight.

They find running away is the quickest solution to what they are dealing with. But as mentioned earlier, love isn't the problem because love exists.

They don't want to hurt their twin flame, but they still hurt them unintentionally. They are the ones who come and go when in a relationship.

It is a talent that they do to trigger more inner work. After a long period of being detached and distant, they contact you out of nowhere.

And then, after a while, everything seems fine but only to find out they vanish again for no reason.