When a Sagittarius man is mad at you: Can you fix it? - Spiritual-Galaxy.com
Skip to content

The Sagittarius man is slow to anger, but his patience can wear thin. And when that happens, expect the worst because there won’t be holding him back.

When you cross the line with a Sagittarius man, you’ll get the harsh words, brutal honesty, the whole 9 yards. Yes, you can still fix and smooth things over with him, but it will take a lot of patience, sincerity, and continuous sacrifice.

This article lists some of the things that push the buttons of the Sagittarius man and the ways you can avoid them. It will show you how to deal with your angry man and make amends for what you’ve done.

I also suggest a comprehensive guide like Sagittarius Man Secrets if you want to learn more of that.

Get to know the Sagittarius man

The Sagittarius man might be the last person you want to get mad at you.  As a Mutable Fire sign, he is full of energy and unpredictable; you won’t find a more dangerous combination. 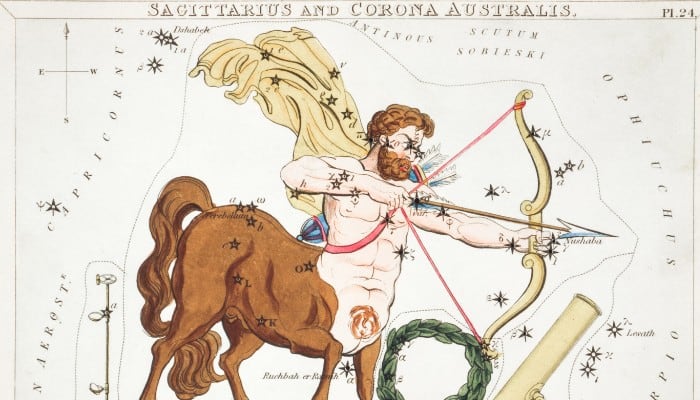 But the good news is that the Sagittarius man is ruled by the planet Jupiter, which gives him an expanded understanding of most things. Thus, honesty is the best card to play when dealing with him.

Having an open mind and a thirst for the truth, the Sagittarius man hates being restricted and confined. He loves freedom and wants to live his life to the fullest.

The Sagittarius man always speaks his mind, and most of the time, his bluntness can hurt other people. But friends and people who know him are aware that he means well, and they value his truthfulness.

The Sagittarius man loves to have fun and go on adventures. He needs an equally independent and spontaneous partner, one who won’t try to control or be possessive of him.

You may also find this interesting:  How To Figure Out If A Sagittarius Man Likes You?

What makes a Sagittarius man mad?

Contrary to what you might expect, the Sagittarius man is not quick to anger. Yes, he has a fiery personality, but he has enough patience and a cooler head among all the other Fire signs.

You will see the Sagittarius man get angry only when his patience runs out. His anger doesn’t come from a single problem but from several issues that build up until he can’t keep them inside him any longer.

You can prevent the Sagittarius man from bursting out and getting mad at you by resolving these issues.

The Sagittarius man values his privacy and hates when his boundaries are crossed.  You invade his privacy when you go through his private things or force him to share the secrets that he is not yet ready for you to know.

Going behind your Sagittarius man’s back is not the right way to go. Keeping a healthy amount of privacy between you and your man builds mutual respect, trust, and mystery, which are the foundations of a lasting relationship.

The Sagittarius man accepts that being in a relationship reduces his freedom and independence, and he’s okay with it. But he will be frustrated if his partner is too demanding and won’t let him have some time to do things on his own.

Holding your Sagittarius man down can also be by not letting him express his opinions and feelings. He is a free spirit, and you have to keep it that way, or he’ll break away from you.

The Sagittarius man can dish it out but can’t take it. Sometimes, he can be hurtful with tactless words, but he also gets provoked to anger when he is at the receiving end of these words.

The Sagittarius man has a fragile ego, especially when under a lot of stress. Expect his anger to blow up if you keep criticizing him, calling him degrading names, or accusing him of dishonesty.

Being the wild child of the Zodiac signs, the Sagittarius man hates to be controlled. Over time, he gets fed up with nagging, constant complaining, or pushing him to do things he hates doing.

The Sagittarius man does not respond well to force and harsh words. Making him do something against his will never produce the best results and will only lead to bitterness and anger.

The Sagittarius man hates seeing someone mistreated, and any bad behavior will never sit right with him. Talking behind other people’s backs, gossiping, and being mean are behaviors that irritate him and can turn him off from you.

If the Sagittarius man sees you being dishonest and fake to other people, he will wonder if you also act like that towards him. It will make him question your character and lead to him losing his trust in you.

How to deal with the mad Sagittarius man?

The first thing to remember is that getting mad and expressing anger is good for the Sagittarius man. Better out than in, so they say, and letting it all out is the only way for him to calm down.

Wait for the Sagittarius man to calm down before doing any step to fix and settle your argument. If you do it right, your relationship can survive and be stronger from this.

Your anger will only feed the Sagittarius man’s anger. Fighting fire with fire never works, and it will only escalate and cause irreparable harm.

Allowing your Sagittarius man to express his anger without matching it makes him see you as a mature person who is sincere in making things right. Raising your voice, attacking, or yelling will only make him turn his back on you and decide on letting you go.

Do your best to know and understand where your Sagittarius man is coming from. Try to see things from his perspective and empathize with his feelings.

Before talking things over with him, it also helps to look into yourself. Look into the words you’ve said and the actions you’ve made, and from there, you can figure out the best way to deal with the situation.

As always, honesty is the best policy. And you can never go wrong by being honest with the Sagittarius man.

Make sure to let him know your side of the story with a calm voice and without resenting or blaming him. He has an open mind and a very understanding heart; you’ll be fine if you stay honest with him.

The Sagittarius man can say the cruelest and most hurtful words when angry. Like a wildfire, his words can consume everything in their path and will burn you as soon as you hear them.

But words are just words, and people say things they don’t mean when they’re mad at someone. Don’t match words with the angry Sagittarius man because you will never win, and even if you do, you can end up losing him.

If you don't want this to happen, make your Sagittarius man stay in your life by keeping him happy and leveled with the ultimate Sagittarius Man Secrets guide.

Listening to each other is the best way to settle an argument, and the Sagittarius man is a good listener. But that is only when his anger has died down, and his emotions are back under his control.

Allow your man to get everything out of his chest and absorb everything he says. Recognize everything he’s saying and don’t dismiss his feelings because doing this will only anger him further.

You may also find this interesting:  Sagittarius Spirit Animal: Sweets Are Their Favorite

The Sagittarius man is an extroverted person, but he still needs to be alone to process his thoughts and emotions. Let him have all the alone time he needs, and wait until he is ready to talk.

Forcing your man to talk to you when he is not ready will only be an act of controlling him, making him angrier. Giving him time also shows that you care about his privacy and shows your concern for his well-being.

I have also written an article discussing about what to do and how to react when your Sagittarius Man is acting distant.

When the Sagittarius man is ready, he will approach you and settle things like adults. He is not one to hold any grudges once you’ve both recognized your shortcomings.

The next step is to work together to find solutions that will prevent the same thing from happening again. This will help you move on from your argument and build a better relationship.

Arguments, fights, and getting mad at each other happen all the time in any loving relationship. These are necessary to build a healthy relationship, one that recognizes each person’s faults and works around them.

You and your Sagittarius man must look at the bigger picture and your relationship’s main goal. Remind each other that the only important thing is you love each other and that you can go through anything together.

If your Sagittarius man decides that he is done with you and wants to let you go, then accept it. Letting him know how you truly feel is still the best step for you; if you want him to stay with you, then say so.

Knowing your true feelings for him can be the reason for your man to regret losing you and come back. The Sagittarius man’s decision is never final, so if you still love him, the best you can do now is wait.

Sagittarius men are flighty and are known to cut people off their lives quick, so if you want to prevent this from happening, know what mistakes to avoid with an insider guide like Anna Kovach's Sagittarius Man Secrets.