If you mess with the bull, you get the horns. This expression rings true for the Taurus man, but you can still turn the situation around.

Do you want your Taurus man to be interested in you again? Do you want that cute Taurus guy to start texting you again after going off your radar in the past months?

Keep reading to learn how.

The Taurus man may look as big and tough as a bull, his representative animal, but that is not all he is. In fact, he is as complex as the next man. 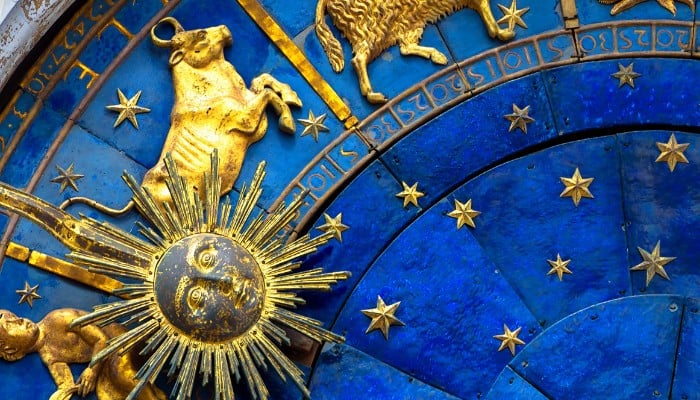 As a Fixed Earth sign, the Taurus man is unchanging and very dependable. He is unfazed by sudden changes and, thus, can be as stubborn as a bull.

The Taurus man can be intensely affectionate but will never let his emotions run away with him. He will appear calm and collected as he internally deliberates and plans his next moves.

You need to know that Venus, the planet of love, rules the Taurus man’s personality. You can see him as having a tough exterior, but he shelters a sensitive and loving core inside.

The Taurus man is the type of man who will say “I love you” only when he means it. So expect him to think long and hard before he says those words to you.

The Taurus man does not commit very quickly, but he’s 100% into it when he does.

You may also find this interesting:  11 Ways to Get a Taurus Man To Chase You: Keep This In Mind!

Why the disappearing act?

Why does the Taurus man show an interest only to disappear and leave you wondering if you did something wrong? Below are some of the possible answers.

Having a very outgoing and friendly personality, the Taurus man can unintentionally make you think he’s interested in being more than a friend to you.

If he senses that you are reading romantic signals from his friendly actions, he will stop spending time with you to set things right.

The best thing you can do is talk to him to clear things out, but without accusing him of leading you on. The Taurus man hates emotional confrontations and will be hurt if you think that he mistreated you.

You may also find this interesting:  6 Simple Tips To Date A Taurus Man: Wish I Had Known!

He likes you, BUT

If the Taurus man said that he was into you before he went MIA, don’t do anything. There are several reasons why he would stop contacting you.

I don’t advise you to seek your off-the-grid Taurus out and ask him about his actions. You risk the chance of bugging him, which will prevent him from coming back.

Let him have his alone time, and if he likes you enough, he will come back to you eventually.

You can make the Taurus man come back!

Bulls chase when you turn your back and run. And they get bored and turn away when they lose interest.

You can’t chase the Taurus man who has turned his back on you, but there are ways you can do if you want him to get interested in you again.

Get him to talk to you again

If the Taurus man you want back is an ex-boyfriend, he is probably hurt when you two broke up. If you were the one who did the breaking up in the first place, then it’s you who should reach out and make the first move.

Talk to your Taurus man about your past issues and be honest with your feelings. Be patient with him as he will not be very willing to open up to you at first.

The Taurus man needs lots of time to think things through before deciding. There is a good chance that you will wait for a long time, but if you seriously want him back, then waiting is no major sacrifice.

You may also find this interesting:  6 Ways a Taurus Man Feel & React after a Break Up

Make him aware that you exist and remind him that he was once interested in you. Be subtle about it, though, or he’ll think you’re desperate for him to notice you.

Be friendly when you see him but don’t be too friendly. Be mysterious, don’t give him more than the usual hellos and catch-up talks.

If you don’t have the chance to see him more often, then be sure that you make a good impression when you do meet. Being sweet and thoughtful will make him remember you when you are not around.

The Taurus man is a creative and skillful person. Getting in touch with your creative side can be a way of getting noticed by him again.

You can try learning pottery, photography, or even woodworking if you have the skill and interest. Developing this side of you will make you attractive to the eye of your Taurus man and will make him see you in a new light. 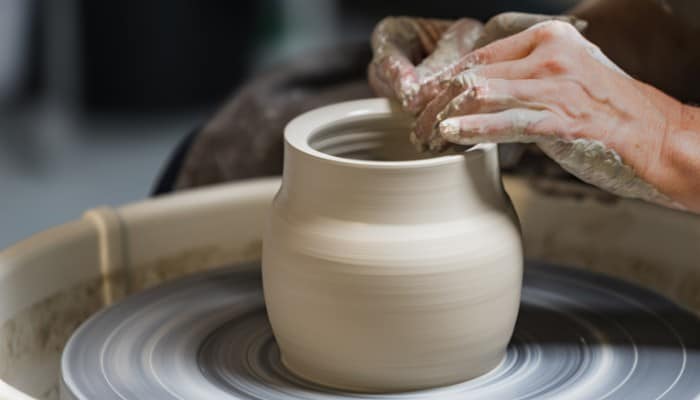 And if this new personal development gets past your Taurus man, then it’s okay. At least you now have a new hobby to keep you busy and motivated in life.

Go out with friends and have a good time. Expanding your social circle is an excellent way to gather updates on your Taurus man without asking him directly or stalking him on social media.

Also, if you and your Taurus man have mutual friends, spending some time with them will put you on his radar more often. He will hear your name mentioned more often, making him think about you more.

Being with other people will also clear your head of your Taurus man. You will have time to evaluate your feelings for him and think about the true reason for wanting him back in your life.

Give him a reason to come back

There is always a good reason for the Taurus man to stop seeing or texting you. Finding out this reason is the key to knowing what to do to make him come back.

In most cases, the Taurus man stays away after getting his feelings hurt and his trust broken. You will need to work hard to help him recover and rebuild that trust.

He needs a reason to come back to you, one that should outweigh his reason to distance himself from you. And if you want him back, you have to find out what he needs and give it to him.

It will take time and a lot of patience but sticking to it will show your man that you are serious about getting him back. Keep the communication between you open and honest, and you’ll get back your Taurus man soon enough.

The Taurus man decides slowly but surely and is afraid of making hasty decisions that he will soon regret. If he was clear with you about his serious intentions, then losing contact with you for a time shouldn’t be a problem.

Wait for him to plan his next moves on his own. If it’s taking him a long time, then something outside his control must have happened to prevent him from maintaining a constant connection with you.

A sudden change in the Taurus man’s professional or personal life can make him hit pause on all his social relationships. So allow him to catch a break while assuring him that you’ll support and accept whatever decision he makes in the end.

When to give up on him?

The Taurus man does come back after staying away from you for a while. But you have to watch for signs that will tell you when to give up on him.

Give up your hopes of forming a lasting relationship with him if he does any of the following:

He gives you mixed signals

When you can’t get a straight answer from your Taurus man, and he keeps disappearing and appearing out of the blue, then it’s time to re-think your relationship. His behavior shows that he wants to stay casual with you.

If being casual is what you want from your relationship, then you can go ahead and enjoy it while it lasts. But if you want a committed and serious relationship, then maybe it’s time to accept that the Taurus man you are pining for is not the one for you.

He is direct with you

The Taurus man is a very decisive and firm decision-maker, standing by his word no matter what. So if he tells you directly that you are through, then accept it.

You can’t convince the Taurus man otherwise, and he won’t come back even when you do all the steps I suggested above. He has already made up his mind, and no force on this earth can change it now.

He cuts you off from his life

If your break-up was terrible and the inwardly sensitive Taurus man was deeply hurt, expect to be cut off from his life for good. He would want to completely detach himself from you because any connection with you will keep him from moving on faster.

The Taurus man will hold a grudge for a long time and don’t be surprised if his family and friends do the same. You should stay away and accept that your relationship has truly reached its end.