The stars at the time of birth determine the character and destiny of human beings. While we think that astrology can provide real and significant adjustments for the betterment of life, we also feel that it is capable of offering improvements to the overall quality of life.

Astrology believes in free choice and denies superstition and fatalism. Also, it enables us to see our true character, identify our gifts and abilities, and provides us with the chance for emotional and spiritual growth. Astrology is often seen as a roadmap for a happy and prosperous existence. It is believed that the oldest written records of astrology date back to the Babylonian Empire (about the 19th century BCE).

People appear perplexed when they look to the sky in search of links between natural disasters and the stars. This is a practice that originated in Greece and Egypt and has since spread throughout Europe and the rest of the world. Weak and strong points in our lives are marked by the positions of the planets at the time of our birth. The study of astrology may enable us to better comprehend previous occurrences.

Astrology also helps individuals experience excellent health, wealth, and spiritual progress. We may use astrology to better understand other people, helping us avoid conflict. However, if you know anything about astrology, you should know that there are some aspects of astrology that cannot be represented by a single sign.

In addition to the twelve traditional astrological signs, there are many more signs that apply to various aspects of our lives. You must know what your spirit animal is based on your astrological sign to go on the path. For Native Americans, spirit animals represent an animal that is associated with a certain period in every person's life and may be seen as an indication of that person's personality.

Zodiac Signs and Their Spirit Animals: 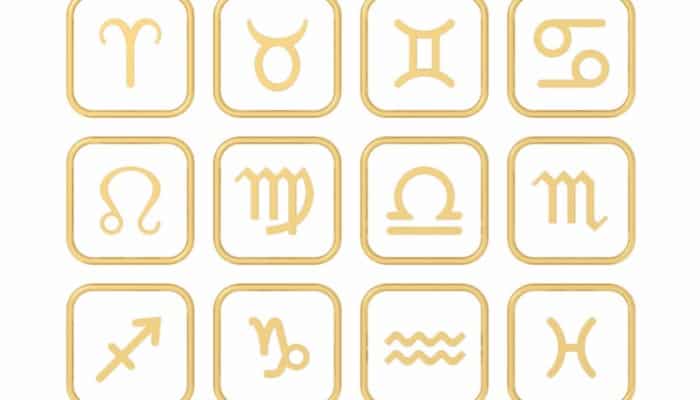 The ram is often linked to Aries. Sadly, your spirit animal is not a ram. Aries' spirit animal is the hawk, a fire sign which is fueled by passion, independence, and devotion. Hawks are natural-born leaders. They serve as messengers for their families and groups in the wild. Although hawks work best in groups, they work especially well on their own, since they are spontaneous and impulsive. You can read this article on March Spirit Animal.

When an animal projects so much confidence in every element of its life, it is considered arrogant or conceited. They do not wait for things to happen; they make things happen. While seeming cold and uncaring, hawks have a sensitive side. They place a high priority on their connections as well. You may say that hawks are passionate to the extreme, but also quite flexible and receptive to new ideas. You may read further into this in Hawk Spirit Animal guide.

For the Taurus personality type, the bear is their spirit animal. Why? Because the bear has stability and strength, which are both essential attributes for whatever you want to accomplish. The bear is similar to the Taurus in that they are both protective. They will go to great measures to keep their loved ones safe, no matter what the price.

Similar to the way deer and Gemini work is their attitude and versatility, which also makes them friendly and communicative. Lively, but sometimes frightened and unfocused. They are also eager and excited. The deer quickly becomes frustrated and twirls around, much like twins or Geminis. You may also read our full guide to the Gemini Spirit Animal.

For many of you, this connection may be unappealing. Somehow, opossums have come to be seen as undesirable. The likeness of the animal will become clear as we learn more about them. Cancer, like opossums, is unlikely to occur in all social groups. However, these people do have a small circle of pals that they are loyal to. Cancerians, like opossums, experience extreme mood swings. They may be kind, tenacious, and compassionate, but they are also short-tempered and temperamental.

Know more about opossums being spiritual animals in this Cancer Spirit Animal guide.

Leos have an eternal thirst for attention and status at the center of the stage, which is why they are known as the Lions. Yes, if he is in the spotlight, Leo can do anything (in a good way). There can be no mistake that the lion represents Leo's spirit animal. They are often self-assured, which adds to their showing off. Regardless of their fame, a lion does not have to show that they are worthwhile. As such, it is impossible to ignore them, whether you love or hate them.

The fox spirit animal is practical and swift, and his thinking is as clear as a crystal. They are quite meticulous and critical, to the point where they notice even the slightest movement in the room. Hence, they are appealing because they are confident and poised. Mercury has bestowed upon them excellent techniques and a positive attitude.

You may also find this interesting:  Wolf Spirit Animal: The Complete Guide

The similarities between ravens and Libras signify that you are very intellectual and innovative. Your creative thoughts and inventive solutions let you provide a different spin on any challenges or concerns that other wouldn't foresee.

Another reason why knowing a Scorpio is so difficult is because he is always trying to conceal his actual character. Scorpios want to keep part of themselves a secret. Few individuals have the privilege of seeing the true depths of a Scorpio, since he keeps his feelings private, just like the snake.

Learn more about this sign's spirit animal in this Scorpio Spirit Animal guide.

Like Sagittarius men and women, horses are intellectual and quick. It is rare to find animals capable of bearing huge loads and yet having the ability to walk steadily ahead until they arrive at their goals. Sagittarius folks are also capable of carrying out responsibilities and using their superior intellect to get what they desire.

Find out more about by reading this article on Sagittarius Spirit Animal.

Like most Capricorn individuals, they are introverts who like to be alone. It may seem like the goose is a loner, but in actuality, you end up being very fine with it. In addition, they are diligent, ambitious, and determined. The goose develops its own goals and then pushes itself to achieve those goals. It is easy to make yourself your own worst enemy. The goose does not have an issue with hanging around with others or doing its own thing.

They can navigate between both realms with great ease. They are upbeat, witty, and generous with their time and talents. The geese, on the other hand, should be cautious because they may develop problematic compulsive habits or even addictive tendencies.

The spider symbolizes patience, creativity, ownership, and the balance between light and darkness. In the same way, you can create something beautiful that might strengthen your aloofness and independence. It is not uncommon for you to prefer being by yourself, concentrating on what makes you happy.

This is a good example of how certain spiders are both friendly and territorial. The good and bad parts of oneself are found in everything you do. The nature of your personality means that you are difficult to figure out for most people, which scares them like they fear spiders.

Those born under the sign of Pisces stand out because they are very sympathetic, humble, and emotional. These folks are reserved and hesitant. They are easily influenced by outside forces since they are just as easily changed by the ocean's tide.

You may also find this interesting:  Elephant Symbolism & Meaning: You Need To Know This!

Spirit animals bring special value, understanding, and strength. It is kind of like embarking on an adventure, really! The deeper your connection, the more the meaning will become apparent. Now that you have identified your spirit animal, I hope you'll be able to communicate and have a positive connection with it. No matter where you go, what you do, and who you are, always seek guidance from your Spirit Animal.