My Aquarius Man Is Ignoring Me, What Do I do? - Spiritual-Galaxy.com
Skip to content

Aquarius is the eleventh Zodiac sign and will always be distinct from the rest of the signs. An Aquarius man is a highly introverted being in nature, and he likes his solitude and his own time. He loves his privacy, so when he is ignoring you, it means he needs his personal space.

An Aquarius man needs time to restore himself and likes to do it alone, especially if he is angry or upset. This man is imaginative and free-spirited, and he does not follow societal norms and values, so give him the liberty he will come back on his own, eventually.

So, what is going on, why is he avoiding you? Has he found someone new, or is he falling out of love with you?

If an Aquarius man becomes impacted by something intensely, he is going to go into “hiding mode.” When dating an Aquarius man, he can be moody at times. This is one of the negative aspects he has, he will not talk to you, and he will not ask how you are doing.

Just give him time; he is just doing this to take his time and fix himself. Let him be alone if he wants to; you need to give this to him if you love him.

You can further read my article on what to do when your Aquarius man chooses to pull away from you.

Possible reasons why an Aquarius man ignores you. 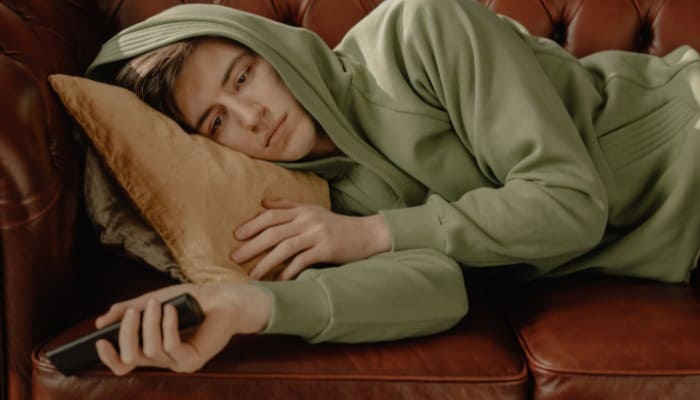 An Aquarius man is an intelligent person who loves variety in life. He wants smart, interesting, and deep conversations about life, conspiracies, and anything out of the ordinary. If you're not into this, your Aquarius man may find you unexciting and boring if you don't have an interest in those topics. Moreover, Aquarius' despises indolent behavior.

Like a free bird, Aquarius and Sagittarius men value their freedom the most. So if you are the type of girl who is dominant type and wants to take control in a relationship, your Aquarius man will no doubt ignore you.

He will feel trapped and dragged down for an Aquarius man who would not want to be with someone who takes away his freedom.

You are comparing him to someone else.

An Aquarius man despises it when you compare him to someone else. He is emotional and prides himself greatly that if you compare him to others it's like stepping into his ego. So if he is ignoring you, ask yourself, did you ever suggest that he should act this way like someone? And if the answer is yes, then this could be the reason why he is ignoring you and is being cold with you.

You made a mistake.

Another reason for his silent treatment towards you could be that he is hurt, sad, or confused so it is crucial that you keep an eye on his mood and actions.

He is playing hard to get.

An Aquarius man's ignorance could be a play to make you go after him. And when an Aquarius man recognizes that you are completely into him, he will push you away. I know this will drive you crazy, but this is his way to make you crave him and want him even more.

You may also find this interesting:  Aquarius Compatibility in Love, Sex & Relationship

He does not feel that he is enough for you.

Your Aquarius man can be depressed which roots in a negative thought that he thinks he's not good enough for you. He may have concluded out of the blue in his mind that he doesn't deserve you and that you are much better off than someone who thinks is greater of himself.

He is looking for or seeing someone new.

Perhaps your Aquarius man has assessed that you two are not compatible with each other and foresee that your match would not survive in the future. This could be the reason why your Aquarius man is ignoring you because he wants to break off your connection gently to find someone new.

An Aquarius man is determined to reach his goals and live the life he desires, he is not reluctant to end connections with someone in order to pursue the right one for him.

He is not aware that you desire him.

Even if you have shown him how genuinely interested you are, he may miss all that because some Aquarius men are unaware and oblivious to people who like them since they are just being friendly. He will continue to ignore the signs your send unless you tell him frankly what you feel about him.

He is done using you.

Though it hurts, once an Aquarius man starts ignoring you, it simply means he got what he wanted from you. Simply says he is done with you and is not interested in you at all. He will automatically stop answering your text and will no longer pick up your calls.

This is considered the worst reason why he will ignore you because you cannot force him to stop. If you try to beg and prevent him from leaving you, it will only make matters worst. It is best to just focus on yourself first or simply move on with your life without him.

He is mad at you.

Just like any man, if you did something that is unacceptable and moved their ego, surely they will ignore you. The same goes for your Aquarius man, he is mad at you for what you did that's why he's ignoring you.

Although, unlike other signs, an Aquarius man will not have an emotional outburst even though he is pissed off. Due to his calm exterior, this guy prefers to ignore you.

If you two talked it out and he found out something really nasty that can upset him, there is a high chance of the probability that your Aquarius man can lash out at you and say something hurtful and mean.

But know that this is not a nature of an Aquarius man, he prefers to be alone where he can think and process the things he just discovered.

When an Aquarius man decides that it is time to move on, you'll know because he will not come back. After contemplating on his own, he realized that what you did was totally unforgivable and that he is deeply hurt by what you did.

You may also find this interesting:  How to get my Aquarius man back after a breakup?: In Only 6 Ways!

He is still figuring out his problems.

You need to remind yourself that an Aquarius man still has a personal life that you may not know about. He may need some time alone to figure out his problems. In case you are very close to this man, there will always be a reason behind why he is acting cold with you.

He is not yet ready to get you, or someone involves cause it may make things more complicated. So be able to understand that, and once he is ready, he will surely let you in his life again.

Are you having difficulty with keeping your Aquarius Man? You are not alone. My friend and Relationship Astrologer Anna Kovach knows all of Aquarius Man's Secrets. Discover them too!

You can also read my article about how to tell when an Aquarius man doesn’t like you anymore.

How To Deal With An Aquarius Man's Ignoring Acts? 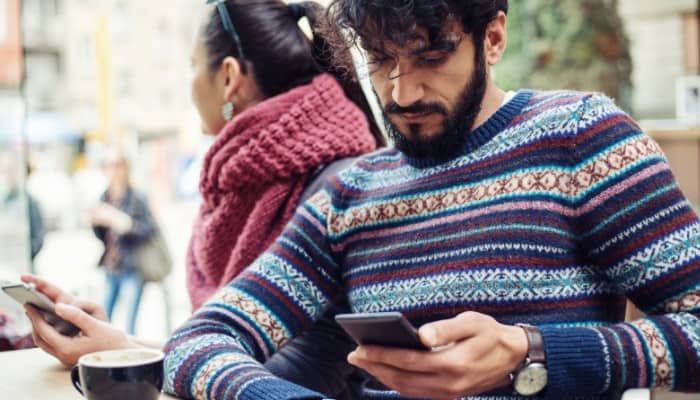 Have you ever been in a situation in which your Aquarius man suddenly stops communicating with you?

One thing I tell you is that this phase is a normal stage of your relationship that you both need to settle just like consenting adults. He may act all-natural and calm on the outside, but the truth is that he has a lot on his mind.

An Aquarius man will stay silent if there is nothing that can spark his interest, and this man indeed ignores everything around him when getting bored. Try to be as understanding as much as you can and if he ignores you, give your man space and let him settle his issues on his own.

You need to understand your Aquarius man has his flaws and accept him for who he is. Don't get mad, just give him time and let him have his space. And most importantly, understand the fact that this is how he is and be okay with it.

An Aquarius man can sometimes be idealistic and chooses only to see what he wants rather than what's already in front of him. It could be a lot longer for them to process everything, so you need to put an effort to let your Aquarius man see in you that you are the right one for him.

Tell him you miss him, let him feel, and see that he is an essential part of your life and that you care so much about him. Be playful and let him yearn for you by telling him how much he really means to you.

Aquarius often are secretive and hide their true feelings. He does not want anybody to burden them with his emotions that's why he kept it all to himself. Expect that he is going to be difficult in the beginning, but he will eventually come around.

The important lesson in this situation is not to make the same mistakes again.

An Aquarius man will always pay attention to your efforts. So if you are sincere and true to your heart that you regret the wrong things you've done and are willing to make it change, your Aquarius man may stop ignoring you.

I also wrote an article about the ways and tips on How to Make an Aquarius Man Miss You to get his attention back.

Aquarius men can be hard to understand at first, but know that this is just his natural nature. Be patient with your man, and he will soon open up to you. Just be open in your relationship and accept each other's faults.

Misunderstanding in a relationship is just normal. No matter what happens, if you know that this guy is worth it, don't ever give up on him.